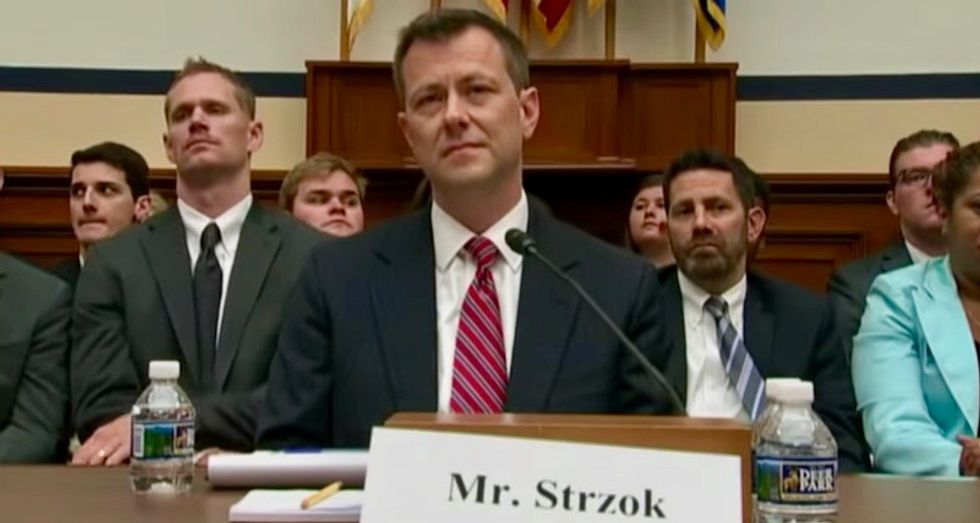 Peter Strzok was intended to be a punching bag for House Republicans, but instead he hit back writes ex-Republican Rick Wilson in a new column for the Daily Beast.

In the column, Wilson talks about what House Republicans were expecting from today's hearings, which lasted longer than a full work day and featured no shortage of brutal takedowns from both Democrats and Republicans.

"Donald Trump’s congressional enablers, sycophants, and political suck-ups wanted a punching bag, but Strzok instead delivered one of the rarest of moments: the full Joseph N. Welch," Wilson wrote.

Welch was the army lawyer who turned the tables on Republican Senator Joseph McCarthy during his Red Scare hearings in 1954.

Wilson went on to explain how things are different now, where the McCarthys of our era have their own facts.

"Because Trump supporters live in a hermetic media echo chamber, these hearings are part of a predictable, hokey Kabuki dance," he wrote. "They’re a device for generating a new round of hyperbolic base-only stories that will follow the same dumb arc as all the rest."

But when the clips of Thursdays events are played, Wilson argues, it will not give them what they wanted—because Strozk hit back and got them all on the record.

"He left the Trumpists of the House staggered in their corner, cut and shaky, wondering where Stozok learned to hit back that hard," he wrote.