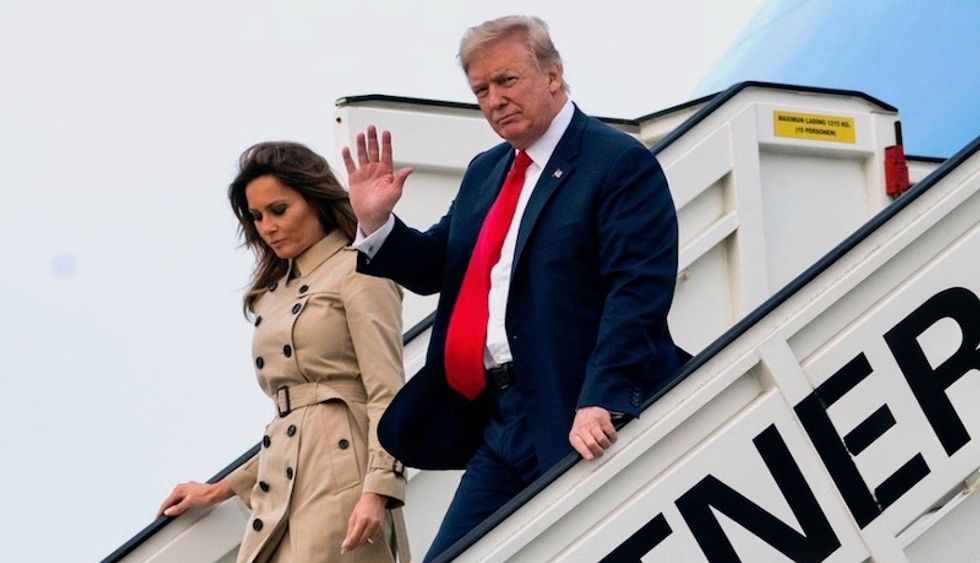 Some images of Melania Trump snapped during the president's visit to Europe have fueled a new round of conspiracy theories, British newspaper The Independent reports.

In a story headlined "Pictures of Melania Trump in Brussels prompt fresh First Lady ‘body double’ rumours," the Indy traces the origination of conspiracy theories about Melania Trump having a body double to cover up her estrangement from the president and then shares fresh photos and reactions from the president's trip to Europe, where he is currently playing golf before meeting with Russian dictator Vladimir Putin on Monday.

Trump has a history of making awkward remarks that suggest his wife is not around when she appears to be standing right next to him.

Video of Melania getting off a plane in Brussels and looking very different that normal spurred a fresh round of suspicious tweets.

The conspiracy theory has been mocked by Trump-allied gossip site TMZ.