How President Donald Trump could be impeached -- according to Alan Dershowitz 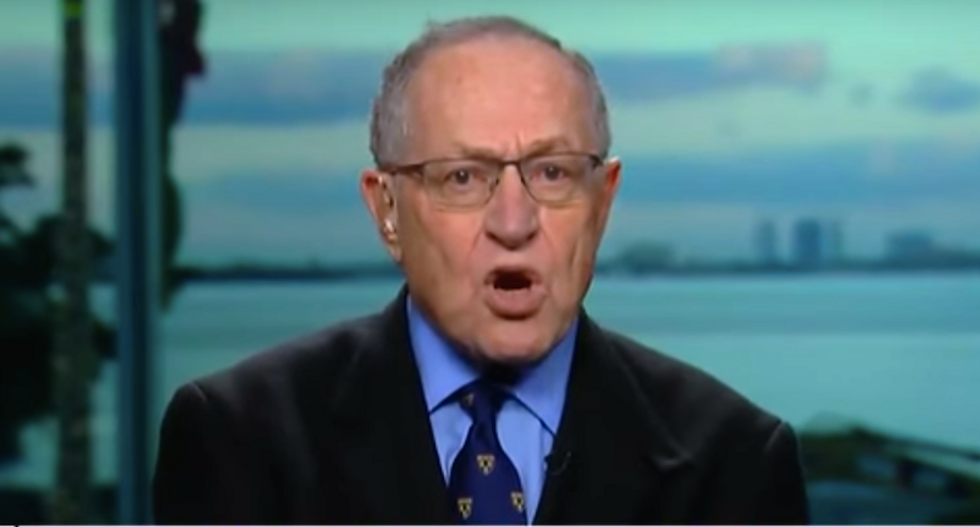 Alan Dershowitz, the famed attorney, constitutional scholar and author of the new book "The Case Against Impeaching Trump," revealed Monday how the president could be impeached in an interview with Salon.

Given the parameters of the U.S. Constitution, the president's actions may amount to grounds for impeachment "only if you can demonstrate that he or she has committed a specified crime — treason, perjury, or other high crimes and misdemeanors," Dershowitz explained.

However, if you cannot prove such a crime, "impeachment becomes an unconstitutional process."

Only three U.S. presidents have been subjected to impeachment proceedings: Andrew Johnsonand Bill Clinton were impeached, but acquitted and remained in office; Richard M. Nixon resigned to avoid being impeached.

Johnson "didn't commit any high crimes or misdemeanors," while Bill Clinton "committed a low crime in the Oval Office and then testified falsely," Dershowitz said. But Clinton's "wasn't the kind of crime Hamilton and Madison had in mind when they adopted the framework of high crime and misdemeanors," he argued.

Dershowitz believes it is necessary to distinguish between a high crime for impeachment. Although he revealed people are calling him a "Nazi" for defending Trump's right not to be impeached, Dershowitz said , "If he commits a crime, he's not going to be able to count on my defense."

"If he or the next president is impeached for something that isn't a crime," Deshowitz added, "I'm going to stand up for him the same way I stood up for Bill Clinton and probably Andrew Johnson . . . I even defended Nixon's civil liberties, even though I strongly supported his impeachment."

"He committed impeachable crimes. "He paid hush money, he told his people to lie to government officials, he destroyed evidence," Dershowitz continued. "Those are crimes – real obstruction of justice – and I would support any president's impeachment if they committed a misdemeanor or high crime."

For Dershowitz, character does not come into play in impeachment proceedings.

"Where character comes into play is when you vote," he said. "You vote against somebody who doesn't have character . . . I voted against Donald Trump, I voted for Hillary Clinton."

However, some critics of Trump have argued otherwise – that the president's actions could amount to obstruction of justice and grounds for impeachment – especially after the news broke that former Trump allegedly pressed former FBI Director James Comey to drop an investigation into Michael T. Flynn, his former national security adviser.

In November of last year, a half-dozen Democrats introduced five articles of impeachment against President Trump, accusing him of obstruction of justice related to the FBI investigation into Russian meddling in the 2016 presidential election, undermining the independence of the federal judiciary and other offenses.

But, according to Dershowitz, crimes that Trump could have committed while he was a candidate for office would present a murky situation.

"There's that middle category (of impeachable offenses) that occurred while he was running," Dershowitz said. "I believe that if a president gets elected as a result of criminal behavior, then there would be a case to be made that that could be an impeachable offense, even though he wasn't president.

"The framers never thought about that," he concluded.