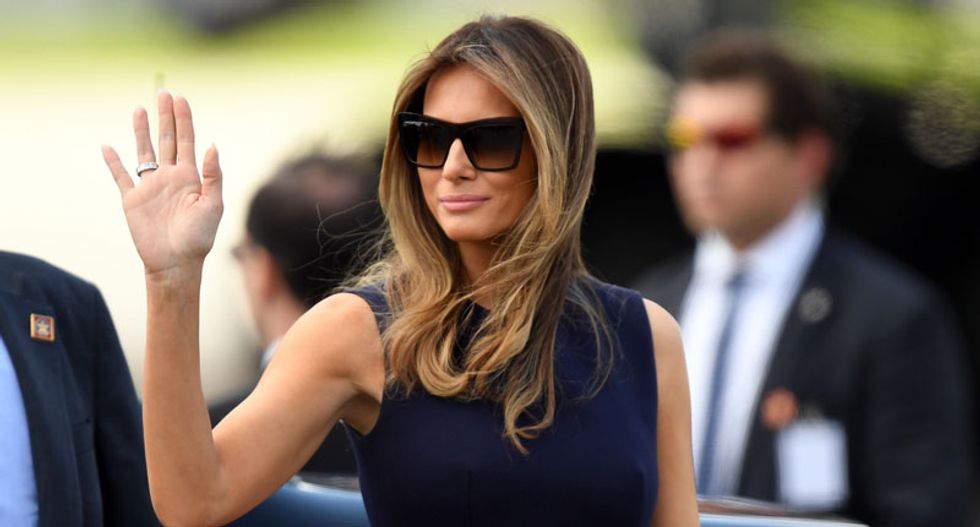 Robin Givhan is the Washington Post's fashion critic. She has a Pulitzer prize and is widely beloved and different from other fashion critics in that she spends more time on the outfits worn during statecraft than at runway shows.

She's done with Melania Trump, now declaring that Melanie Trump has detonated "the nuclear option" with her "I really Don't Care" jacket and could never be normalized in a column called "Nothing else Melania Trump wears will ever matter again."

Givhan had been a big fan of First Lady Melania Trump in the past. Back in April, she wrote a gushing column about the white hat that the president's wife wore during a state visit by French President Emmanuel Macron.

"Nothing else mattered. There was nothing else," she wrote, prompting an angry reaction from many readers.

But two weeks after Melania Trump wore a jacket proclaiming that she really didn't care as she went to visit migrant children locked in cages apart from their parents, Givhan has declared that it is impossible for "a de facto diplomat recover from such rhetorical carnage."

"She didn’t aim her disdain with the precision of a sniper," she wrote. "She sprayed everything within range with scorn."

Givhan says Melania Trump is now done as a tastemaker.

"If Mrs. Trump doesn’t really care, why should anyone else?"

What an incredibly shallow person this Robin Givhan is, Guess what no one really cares about you Robin Nothing el… https://t.co/kBL6k0ExZm
— Debra (@Debra) 1531529878.0

Nothing else Melania Trump wears will ever matter again. Robin Givhan - Just, exactly WHAT is UR BULLSHIT article a… https://t.co/mjh49W1dDm
— Sheila Stark (@Sheila Stark) 1531521827.0

Givhan responded to the abuse by giving the angry Trumpers a "bless you."

To the angry readers whose vocabulary seems limited to expletives ... Bless you all. Each and every one of you.
— Robin Givhan (@Robin Givhan) 1531512085.0