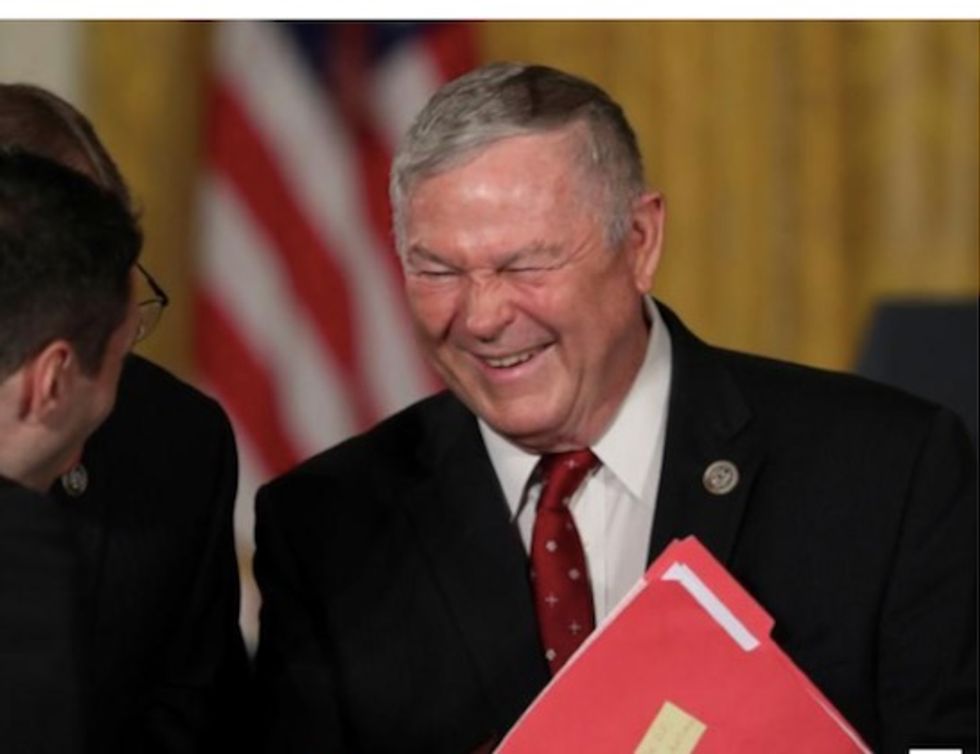 One week ago, Maria Butina's name and face were almost unknown, except to a few hardcore political observers – a low-profile that Butina was surely banking on keeping. Over the past week, however, Butina made international headlines after being charged with operating as an unregistered Russian agent and forming close relationships with politicians to infiltrate the United States political system. And after federal prosecutors alleged in court on Wednesday that Butina traded sex for political gain and influence, the exact U.S. politicians she got cozy with is starting to become of greater import.

According to the Department of Justice’s application for a criminal complaint, Butina worked to “arrange introductions to U.S. persons having influence in American politics, including an organization promoting gun rights” and sought to “infiltrate those groups.” The Justice Department claims Butina has been in contact with Russian intelligence since her arrival in the U.S. and that she conspired with a Russian politician and banker to push Moscow’s agenda into the American political system. While the Russian official isn’t named in the affidavit, it is said to fit the description of the deputy governor of Russia’s central bank, Alexander Torshin.

The federal indictment also notes that Butina and the official believed to be Torshin had plans to “meet with a U.S. Congressman during a Congressional Delegation trip to Moscow in August 2015." That congressman is widely believed to be Rohrabacher.

For his part, Rohrabacher admits to having dinner with Butina and a visiting delegation from Russia back in 2015. “It’s ridiculous, it’s stupid. She’s the assistant of some guy who is the head of the bank and is a member of their Parliament. That’s what we call a spy? That shows you how bogus this whole thing is,” the congressman said.

“This is an attempt to undermine the president’s ability to have better relationships with Russia,” Rohrabacher insisted.

After starting Right to Bear Arms, a Russian “gun rights” group, Butina began reaching out to American gun lobbyists in 2013 and soon hosted National Rifle Association (NRA) executives in Moscow. In 2015, during a libertarian political event, she asked Trump publicly, “What will be your foreign politics, especially in the relations with my county?”

She told the Washington Post in 2017 that her question to Trump was “happenstance” and she was not employed by the Russian government. But Butina also wrote a column, after Trump announced his candidacy, expressing hope that a Republican president could improve U.S.-Russian relations, as the Washington Post has reported. And Donald Trump Jr. met Torshin briefly at the 2016 NRA convention in Louisville.

In 2018, Torshin’s suspicious behavior led to a federal investigation of his involvement in the NRA and its relationship to the Kremlin. The NRA reportedly spent $30 million supporting the Trump campaign. In April 2018, Torshin, along with more than 20 other Russian nationals, was sanctioned by the U.S. Treasury department– their assets were frozen and they were barred from entering the country.

Butina moved to the U.S. on a student visa in 2016 and attended classes at American University in Washington, graduating this past May. While her motivations for moving to the U.S. have been viewed with official suspicion for some time, she was arrested on Sunday after prosecutors became aware that she had wired nearly $5,000 to Russia, ordered moving boxes for her apartment and had not renewed her apartment lease in Washington, which which expires on July 31.

Butina pleaded not guilty to charges of conspiracy and acting as an illegal foreign agent in the U.S. on Wednesday. Prosecutors argued she should be held in custody until trial because her life in the U.S. has been predicated on deception, including attempts to exchange sex for political access, CNN reports. The judge agreed and ordered Butina held without bail until a trial is held. No date has been set for what is sure to be a high-drama spectacle, if no plea bargain is reached before then.