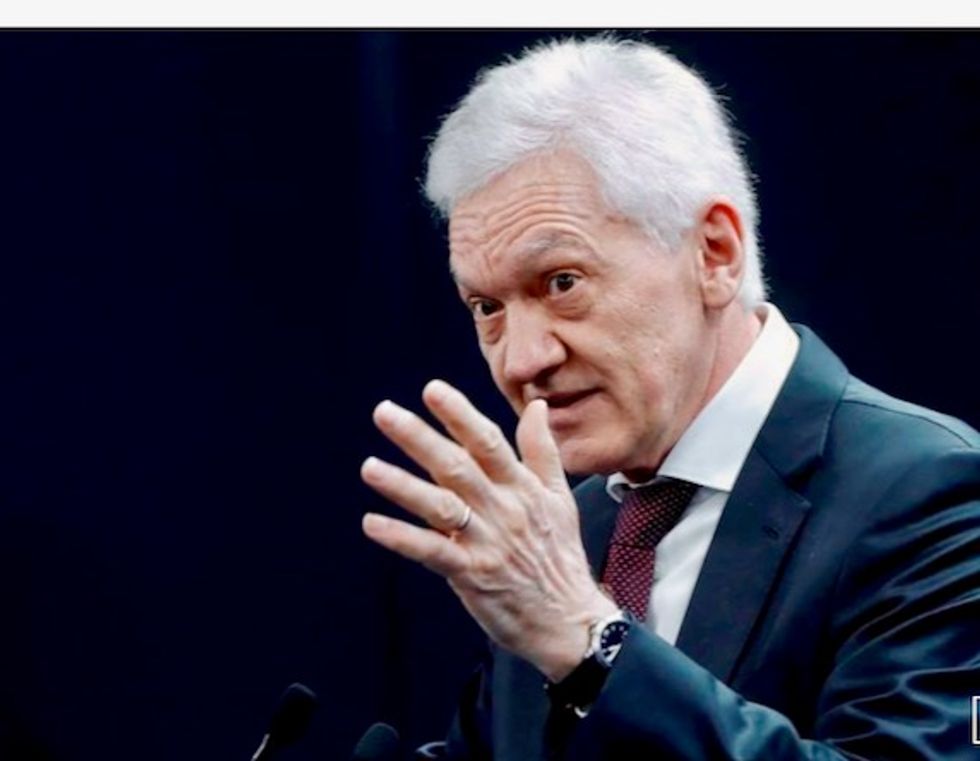 Gennady Timchenko, a billionaire friend of Russian President Vladimir Putin, has sold his private jet, according to a broker and aircraft registration data, after complaining that U.S. sanctions made it impossible for him to use the aircraft.

The owner of the Gulfstream jet now is a subsidiary of Russia’s sovereign wealth fund, the Russian Direct Investment Fund (RDIF), the registration records showed.

RDIF did not reply to Reuters questions about the aircraft. A representative for Timchenko told Reuters that the businessman and his companies “have had no relation to the aircraft you mentioned already for several years”.

Timchenko, who made a fortune in oil trading and has been described by Putin as one of his closest associates, bought the Gulfstream G650 jet in 2013, according to aircraft registration records. The model usually has a sale price when new of around $60 million.

A year later, in 2014, the U.S. government, in response to Russia’s annexation of Crimea from Ukraine, put Timchenko on its sanctions list, describing him as a member of Putin’s inner circle.

In an interview that year, Timchenko said U.S.-based Gulfstream Aerospace Corporation had annulled the contract to service the plane.

“My Gulfstream cannot be used because the company won’t supply it with spare parts, and the pilots don’t have the right to use the navigation, the built-in maps,” he was quoted as saying by Russia’s state-owned TASS news agency.

Since then the aircraft has been transferred twice to different countries’ aircraft registries, its registration number has been changed, and the offshore companies listed in documents as its owner have changed several times. The ultimate owners of those offshore companies has never been disclosed.

Reuters was able to track the jet through these changes using its manufacturer’s serial number, a unique code that stays with an aircraft throughout its lifetime.

In June 2018, a new owner for the aircraft appeared in the aircraft registry of Luxembourg: Cyprus-registered Amerivo Holdings Limited. That company is a 100 percent owned subsidiary of RDIF, according to the fund’s annual report.

According to Pezin, six months after buying the Gulfstream from Timchenko, the unnamed buyer asked Boutsen Aviation to broker a sale. No suitable offers were found, and the deal did not happen, said Pezin. He said the aircraft was valued at $50 million in September 2016.

Pezin said he believed the aircraft had eventually been sold, without the involvement of his brokerage, in March or April this year.

Reuters was not able to establish what price the jet fetched when it was sold to RDIF. Timchenko declined to answer a question on whether he owned other aircraft, his representative said.

The Gulfstream website says the G650 features, among its design options, handcrafted leather recliners, a convection oven and ice drawers, storage for crystal tableware, and a private stateroom.

The original owner of the LX-SIX jet was British Virgin Islands-registered LTS Holdings Limited, according to the Isle of Man and Finnish aircraft registries where it was registered at the time. The U.S. government in 2015 sanctioned the firm, saying it was acting for Timchenko and his network.

Another Russian tycoon subject to U.S. sanctions, metals magnate Oleg Deripaska, has handed back three private jets he was leasing because his inclusion on the sanctions blacklist made it impossible for him to keep using them, the firm retained to sell the aircraft told Reuters in May.