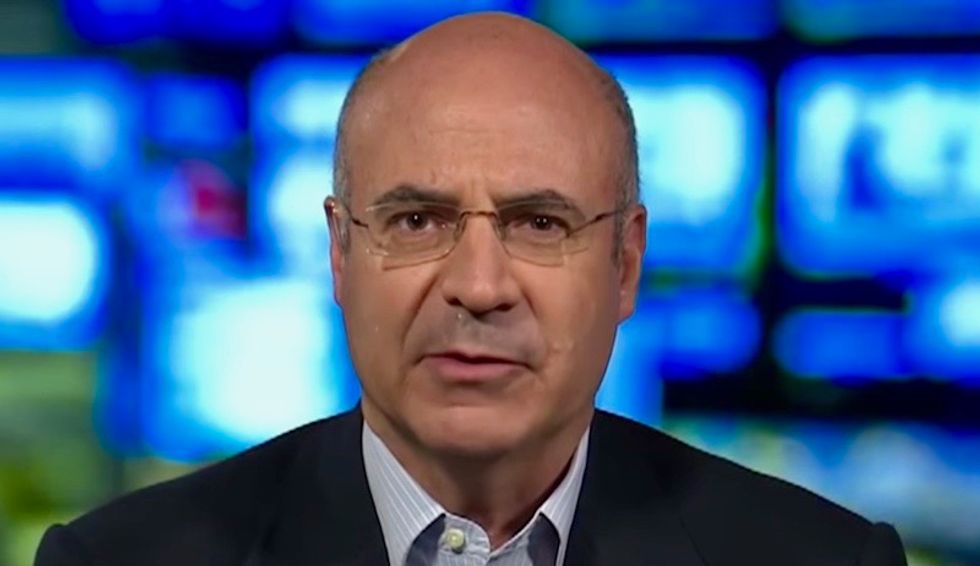 How does it feel to find out that the president of the United States is considering selling you out to a foreign leader whose enemies tend to die or disappear? Michael McFaul and Bill Browder had that experience this week, after the now-notorious Helsinki summit meeting between President Trump and Russian President Vladimir Putin.

Putin has ample reasons not to like either of those men. McFaul was a foreign policy adviser to President Barack Obama and served as U.S. ambassador to Russia from 2012 to 2014. He has been a harsh critic of Putin's policies, especially during his time in Moscow.

Browder is an American-born British financier who became a major investor in post-Soviet Russia. Although originally a Putin ally, Browder became a major target of the Russian regime after he exposed state corruption and pushed for passage of the Magnitsky Act, a law that allows the U.S. and other Western governments to sanction Russian human rights offenders by freezing their foreign assets, among other things. The law is named for Browder's former attorney, Sergei Magnitsky, who was arrested while investigating official corruption and died in a Russian prison in 2009.

Both McFaul and Browder have repeatedly been accused of various crimes by Putin's government, on extremely scant evidence. In the normal course of events, neither of them would need to worry about the elected leader of a democratic nation agreeing to hand them over to their authoritarian nemesis. Yet Trump apparently considered doing precisely that: Putin specifically mentioned Browder as someone he'd like to interrogate during the Helsinki summit, without protest from Trump. When it was revealed on Wednesday that Russia also wanted to question McFaul, White House press secretary Sarah Huckabee Sanders suggested Trump was considering letting him do so.

Trump lacks any authority to turn Browder, who is a British citizen, over to Putin. On Wednesday the U.S. Senate passed a resolution by 98 to 0 (Sens. Richard Shelby of Alabama and John McCain of Arizona were absent) making it clear that it would not tolerate a betrayal of McFaul or any other American diplomats. The bad news, of course, is that a president many Americans suspect has been compromised by a foreign power needed to be persuaded not to sell out his own citizens as part of some mysterious deal with the leader of that country.

"I was deeply disappointed," McFaul told Salon this week. "The generous interpretation," he continued, is that Trump "didn't understand what he was talking about. But let's be clear: What Putin was doing was assigning moral equivalency to a legitimate indictment with lots of evidence against several Russian military intelligence officers for violating American sovereignty in 2016 during the presidential elections, with a completely fabricated, cockamamie story invented by Putin. To even, for a moment, give any kind of dignity to what President Putin proposed was not in America's national interest, from my point of view."

"I have no idea what motivates his behavior," Browder told Salon. "All I can say is that the idea that he seemed to entertain for a few days of handing me and 11 Americans over to Vladimir Putin for our work on the Magnitsky Act seemed pretty horrifying."

When I asked whether Trump's behavior proved that he was a Russian asset, Browder responded cautiously, suggesting other explanations, such as the possibility that our president is "insane."

"Who knows?" Browder concluded. "But whatever it is — I'm not a psychologist, I can't get inside his brain — but his conduct in relation to me and Mike McFaul and 10 other American officials who had been working on the Magnitsky Act makes no rational sense."

Both McFaul and Browder told Salon in their separate interviews that they are not concerned about actually being handed over to Vladimir Putin. But each made it clear that there are bigger issues at stake.

"I think we have a rule of law in the United States, and I'm confident that that system will protect us from being interviewed by the Russian government," McFaul said. "What I'm more concerned about is the Russian abusive use of Interpol to harass me and my fellow colleagues as we travel around to third countries, and I hope that the president will make clear in no uncertain terms to his counterpart President Putin that there would be consequences to doing something like that against former U.S. government officials."

Browder emphasized that, if nothing else, Trump's decision about whether to favor his relationship with the Russian president over the rights of private individuals who have spoken out about corruption and human-rights abuses will make clear where Trump's loyalties lie.

"This is a litmus test for him," Browder explained. "If he gives in on this issue, if he were to have handed us over, that would show that he has more loyalty to Vladimir Putin than he did, in the case of McFaul and 10 other government officials, to the patriots working for the U.S. government working to fight off Russian malice. ... The fact that it took him three days to make that decision is quite extraordinary."

What lessons can be learned from this ordeal?

As Browder notes, the fact that Putin appears so obsessed with him indicates that the Magnitsky Act is hitting the Russian president and his cronies where it hurts — in the pocketbooks.

"Putin is apoplectic about my success getting Magnitsky Acts passed in seven countries around the world," Browder said. "This puts his entire offshore fortune, which is gigantic, at risk. ... The steady and consistent implementation of the Magnitsky Act is all that needs to be done. Putin has shown us how much it bothers him."

Another lesson, as explained by McFaul, is that American policymakers cannot trust Trump to be alone with Putin.

This entire situation "underscores the dangers of having President Trump in a meeting with President Putin for two hours," McFaul said. "Because President Putin knows the details of these kinds of issues, in and out, the details of Mr. Browder, for instance, and the Magnitsky Act. I'm just speculating, but my guess is President Trump doesn't know the details, and that puts our side at a disadvantage. So I hope in the future that if they do meet, they'll meet with experts in the room that can assist our president in advancing America's national interest."

Trump and others sympathetic to Putin may like to depict him as a strong leader, but, as Browder observes, the Russian president was embarrassed at the Helsinki summit almost as much as Trump himself. A truly strong leader, after all, wouldn't feel threatened by a lone businessman who has no political power or official capacity.

"By coming after me, Putin showed what a thin-skinned man he is," Browder said. "That one individual like me could cause him all this grief pretty much says it all."