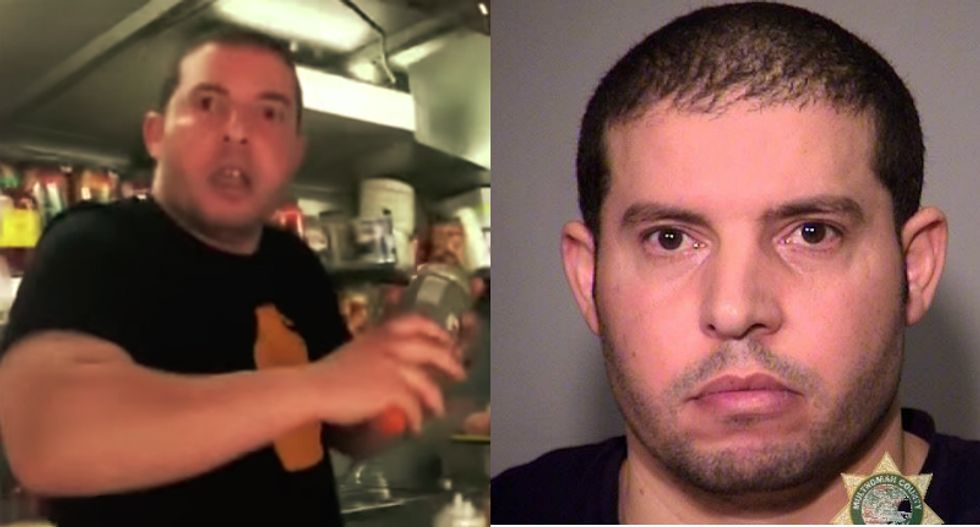 A food cart owner will pay $1,000 to a woman he went on a racist tirade against that included the spraying of hot sauce in exchange for charges being dropped against him.

The Oregonian reported that Islam El Masry, the owner of an Arabic food cart in Portland, signed a civil compromise agreement with Carlotta Washington after she shot a video of him throwing Gatorade and hot sauce at her.

Prior to the beginning of her recording, Washington asked the food truck owner to recount the change he'd given her. He allegedly called her the N-word and refused, and the subsequent video shows him throwing a full, unopened bottle of sports drink at her before dousing her in Sriracha, which reportedly got on her eyes, face and clothes.

El Masry was arrested, and admitted to the attack in two YouTube videos posted following his release from jail, which he said took place because he was grumpy from fasting during Ramadan.

"He did a bad thing, I hope he gets his life together, gets help for his anger and will think twice so he doesn't assault and humiliate anyone else like he did to me," Washington told the Oregonian. "But I have to forgive him because dragging this on, trying to sue him and holding grudges isn't going to make me feel any better."

You can watch her video of the food truck owner's racist tirade below: