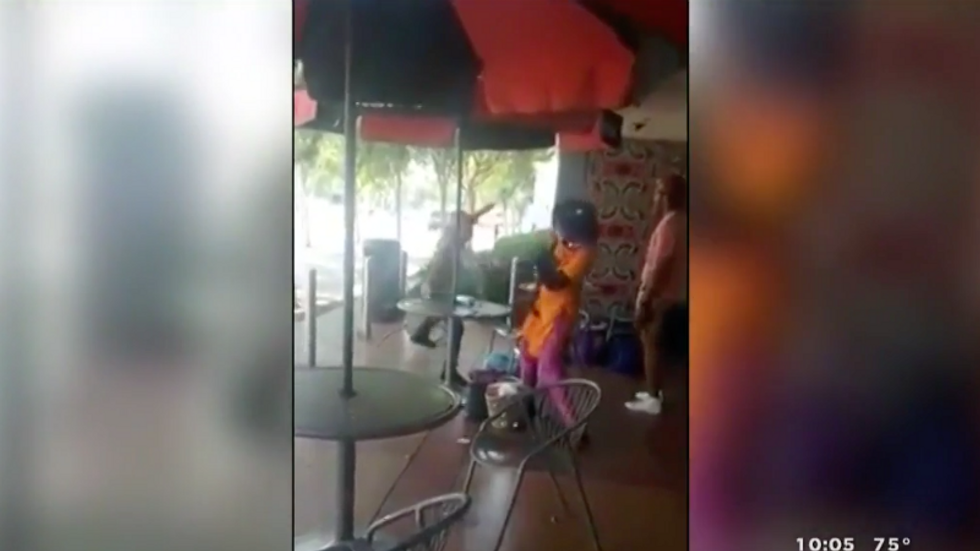 A black woman was reading and listening to music on Tuesday afternoon when a racist white man started harassing her outside of a Los Angeles grocery store.

Jefferson asked the man to stop, but he grew more aggravated. He threw a chair at Jefferson and smashed her belongings.

Dulcinea Circelli, was a witness and recorded the situation. “So I came out here and saw that he had broken a chair and was trying to hit this woman in the head and saying the N-Word, and at that point, I started recording,” Circelli said.

“It was just so scary, and just the fact that he was expecting the security guard to back him up when he was armed and attacking two people with metal rods,” Circelli said.

The video shows other bystanders trying to stop the man, but he continued yelling racial slurs. The man's motives are unclear, but witness said he was drunk. He fled the scene before police arrived.

“I’m outraged about that and I don’t feel safe personally with him out there,” Circelli added.