Watch: Road-raging Pasadena man uses city car to block mom and child in car and scream at them over near accident 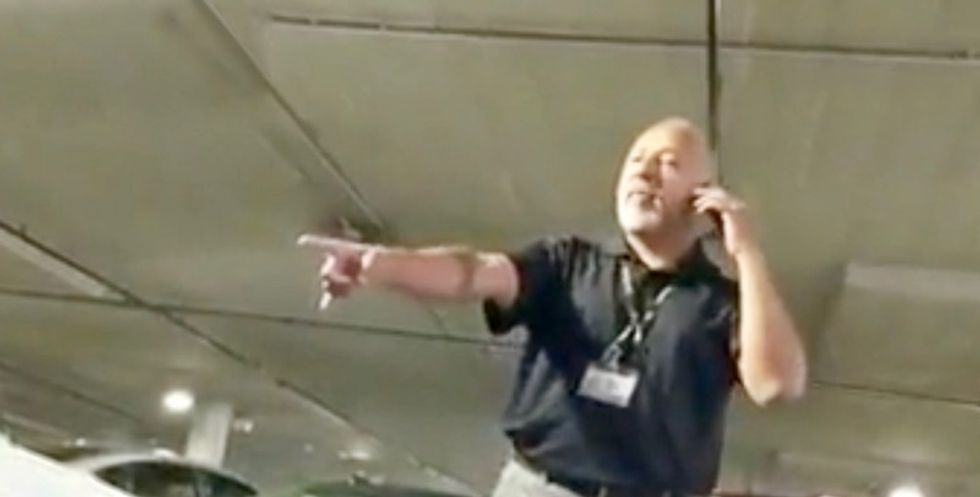 A road-raging city employee in the Los Angeles suburb of Pasadena was captured on video as he harassed a woman who apparently had a near collusion with him as she tried to back up her car in a parking garage.

In the video, aired by CBSLA, the man is seen using his city-issued Ford Focus to block the woman into her parking spot.

A woman filming him as he harasses the mother and child tells him to calm down.

The unidentified man claims that items in his car were damaged because he almost hit her.

“Why don’t you chill out?" he says. "I just almost rammed into her car, and all the stuff on the inside of my car is damaged."

The woman inside the car asks him why he has to be "so rude and mean."

The unidentified man is told he can't legally block someone in and says he "can do whatever [he wants]."

“You’re not the f—–g cops,” the woman filming says.

Eventually the man is confronted by building security officers who tell him that it's private property and he has to move his car.

Watch a news segment with the footage below.