Russian state TV host pegs Trump as a Putin asset: 'He really smells like an agent of the Kremlin' 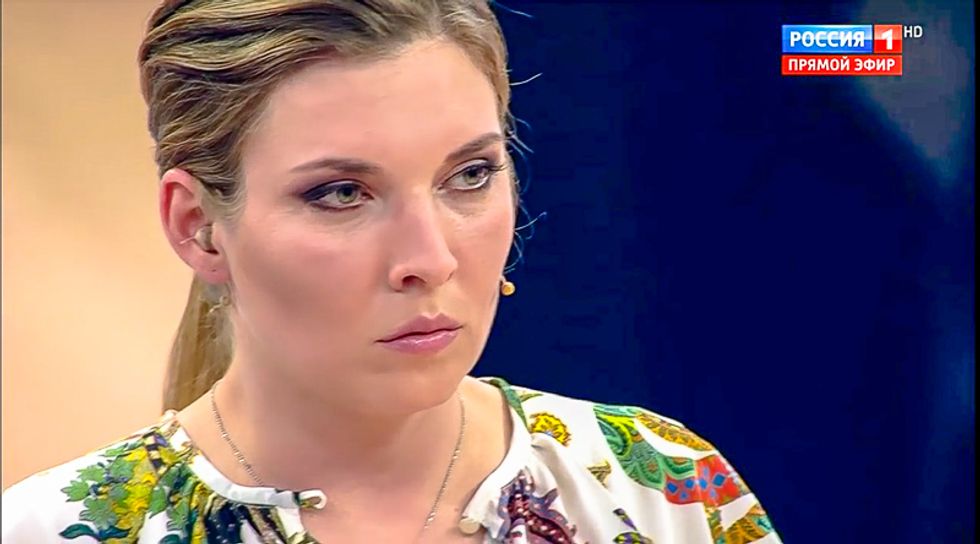 A host on Russian state TV commented this week that President Donald Trump "smells like an agent of the Kremlin."

The remarks were made on the Russian program 60 Minutes following Trump's summit and press conference with Russian President Vladimir Putin.

"It is very bizarre, you can't bash your own country like that - especially when you're the president," one host noted, according to a transcript provided by Russian media analyst Julia Davis.

Co-host Olga Skabeeva added: "When Trump says our relations are bad because of American foolishness and stupidity, he really smells like an agent of the Kremlin."