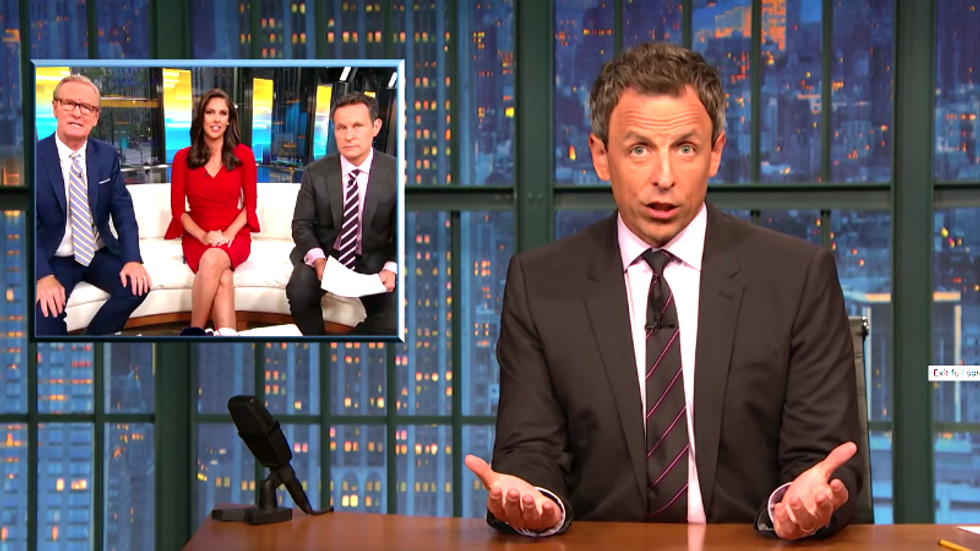 Late Night host Seth Meyers said a good measurement for how bad President Donald Trump is doing is to watch the reactions from his closest allies Fox & Friends.

"They defend him relentlessly, even in his worst moments. They're always acting like the rich parents defending their kids in the principal office. It's not Donald's fault he pulled the fire alarm, it's your fault for having one," Meyers joked.

"Yet, after Trump's summit with Vladimir Putin, even Fox & Friends were alarmed. They were so freaked out they talked to Trump through the TV," Meyers said.

Meyers was stunned that they actually did this.

"They talked to Trump directly through the TV. If you're going to Mr. Rodgers the president at least throw on a sweater," Meyers said.

He then said that it's all bad when Fox & Friends critiques President Trump.

"You know it's bad when Fox News turns on Trump. That's Like the Discovery Channel having a week called Shark Week: the sharks have gone too far."