Sinclair 'did not fully disclose facts' on Tribune merger - FCC 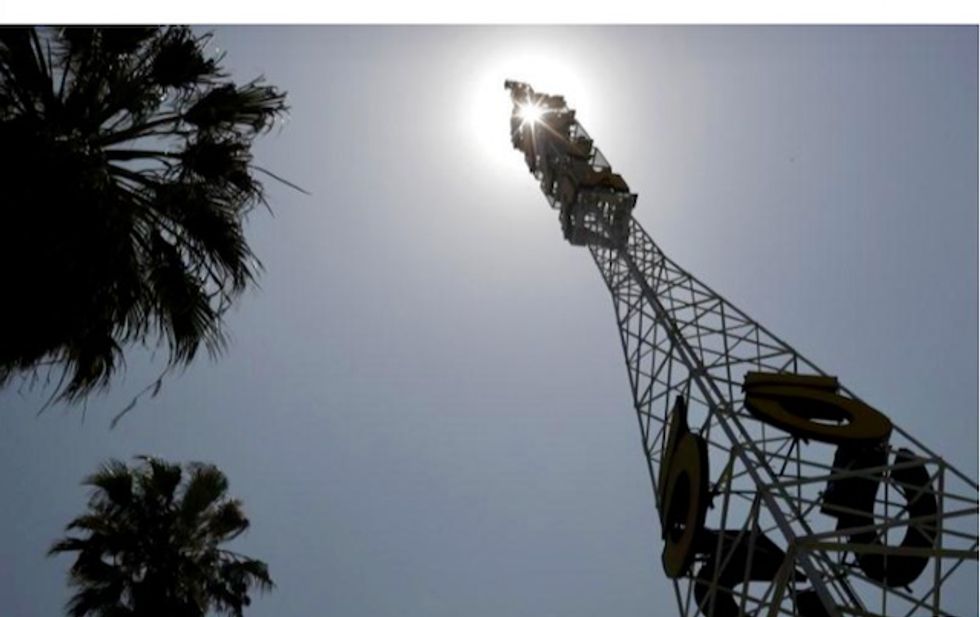 Sinclair Broadcast Group Inc “did not fully disclose facts” about aspects of its $3.9 billion acquisition of Tribune Media, the U.S. Federal Communications Commission said in an order released on Thursday that referred the issue to an administrative law judge for a hearing.

The order is a blow to Sinclair’s bid to acquire Tribune.

Sinclair had sought to remove questions about three stations referenced in the order by dropping divestiture plans on Tuesday. The FCC said the judge will review if Sinclair engaged in misrepresentation or a lack of candor and if the deal would violate the FCC’s broadcast ownership rules.

Sinclair did not immediately comment on Thursday, but said on Wednesday “at no time have we withheld information or misled the FCC in any manner whatsoever with respect to the relationships or the structure of those relationships proposed as part of the Tribune acquisition.”

Shares of Sinclair, the largest U.S. local broadcast station operator, fell 2.4 percent on Thursday and are down 19 percent since FCC Chairman Ajit Pai said on Monday he had “serious concerns” about the deal. Tribune shares fell 5.8 percent on Thursday.

Sinclair said on Wednesday it will drop plans to divest stations in Dallas, Chicago and Houston to “expedite” the transaction after the FCC suggested the company would still control the stations.

The FCC, which voted 4-0 to send the issue to a hearing, suggested that three Tribune stations being divested were being sold at below-market prices to entities with close ties to Sinclair.

Sinclair had proposed to sell WGN in Chicago to a Maryland auto dealer Steven Fader, a longtime business associate of Sinclair Executive Chairman David Smith, and would largely continue to operate the station under a services agreement. Instead Sinclair said it would acquire WGN.

Sinclair also said it was withdrawing plans to sell stations in Dallas and Houston to Cunningham Broadcasting Corp, a company controlled by the estate of Smith’s mother. Sinclair said on Wednesday it now wants to put the two Texas stations into a divestiture trust to be sold and operated by an independent trustee.

The FCC said the $60 million purchase for WGN “appeared to be significantly below market value” and noted that Fader is CEO of a company in which Smith has a controlling interest. The FCC also noted Sinclair would have owned most of WGN’s assets and would have been able to buy back the station in the future.

“Such facts raise questions about whether Sinclair was the real party in interest.... and attempted to skirt the commission’s broadcast ownership rules.”

The FCC said it questioned “the legitimacy of the proposed sale of such a highly rated and profitable station in the nation’s third largest market to an individual with no broadcast experience, with close business ties to Smith and with plans to own only the license and minimal assets.”