Snowflake Tomi Lahren implodes over Dem protesters: 'They think it's their right' to confront conservatives 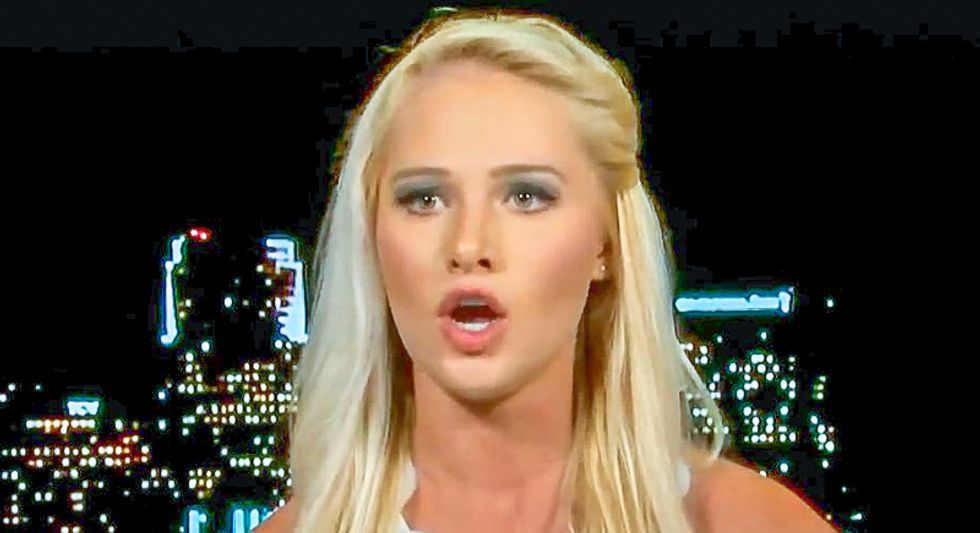 During a segment on Fox & Friends, host Ainsley Earhardt complained that conservative leaders are being "berated" at restaurants over their support of Trump administration policies.

Lahren said it was "problematic" that leaders on the left were not calling for an end to the protests.

The Fox contributor also noted that she personally had a "physical confrontation" with protesters.

"Luckily, it was just water," she explained. "My real problem is when this goes beyond heckling, harassment, water, intimidation. How much worse is it going to get? And what is it going to take for the leaders in the Democratic Party and on the left to stand up against what's happening and put the message out that this is unacceptable."

"Because it's going to get worse," Lahren warned. "The final stages of Trump derangement syndrome are not just heckling and harassment. There are going to be physical confrontations. And I truly don't believe that's what the Democratic Party wants for conservatives, for us to be attacked. But they need to make that very clear."

"Because until then, there are many of their followers and supporters who do think it's okay to do these things," she insisted. "They think it's their right and their duty. And that's dangerous."

According to Lahren, "people like [Congresswoman] Maxine Waters" are encouraging protests.

"And there are people that are listening to here that think it is there right and their duty, as a said, to harass Trump supporters," Lahren opined. "And we have other Democratic leaders that throw out terms like Nazi, racist, white supremacist willy nilly. That is dangerous because they are putting it out there that it is okay to attack conservatives because they must be bad people. That's wrong."