Top GOP advisor 'flabbergasted' after Trump presser: 'Is Putin tired of winning yet?' 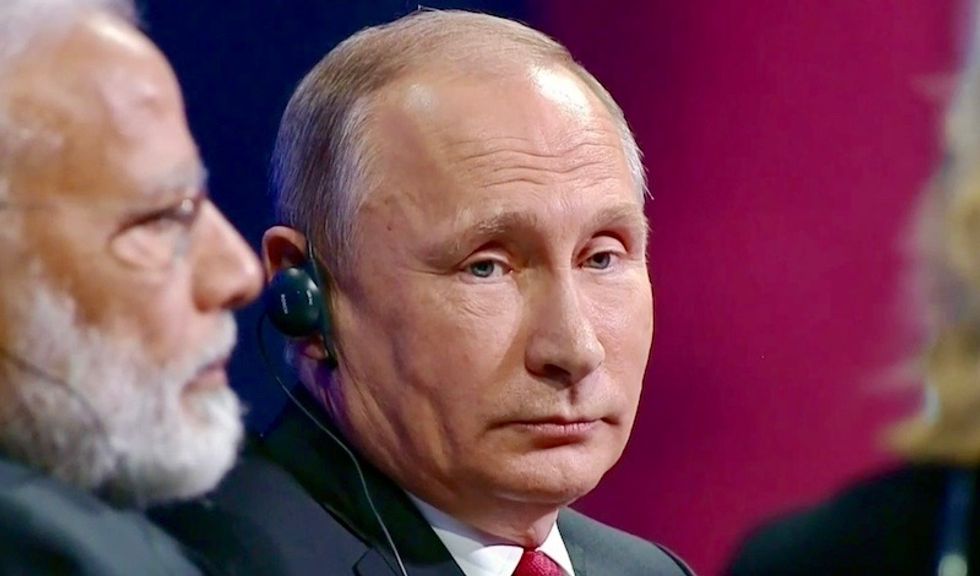 On Monday, President Donald Trump met with Russian President Vladimir Putin, yielding diplomatic results like having Putin deny, once again, Russian interference in the 2016 US election, as he has in the past.

Pundits and lawmakers across the board derided the President's diplomacy: NBC's Peter Alexander reported on Twitter that a top Republican foreign policy advisor vented to him about what he saw as unnecessary concessions on key issues.

"I am flabbergasted. I bet Putin is tired of all this winning," the advisor drily observed. "Is there anything he didn't get out of the president, including a failure to criticize him and his government for meddling in our election?"

Alexander also shared the public statement of Republican Paul Ryan (R-Wisc.) which contradicted the President's assertion that he sees no evidence Russia worked to sway the election.

"There is no question that Russia interfered in our election and continues attempts to undermine democracy here and around the world," the speaker noted.