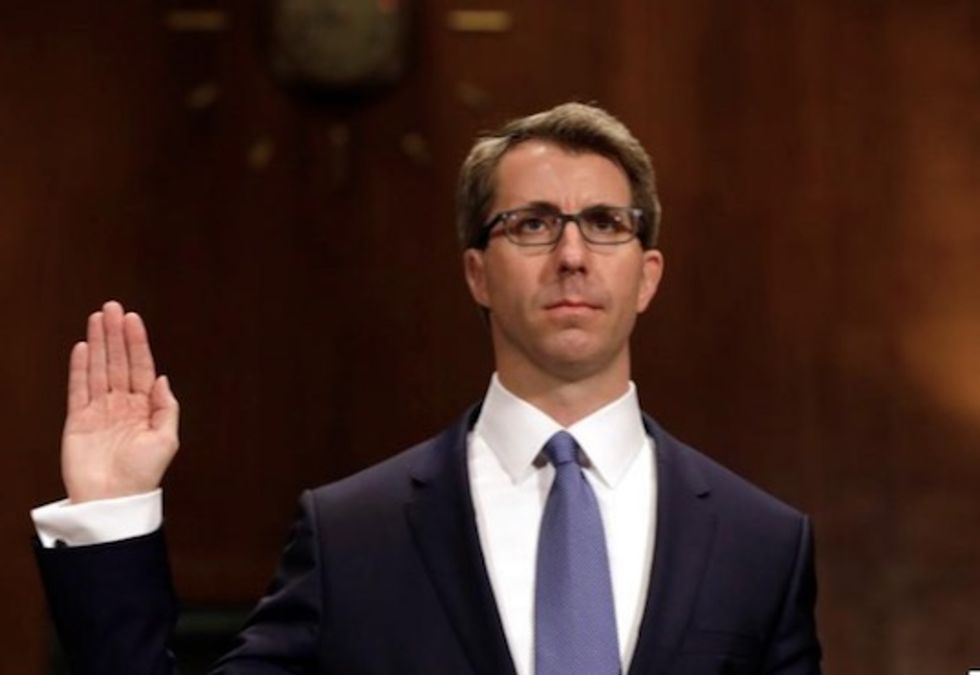 Ryan Bounds is sworn in before a Senate Judiciary Committee hearing on his nomination to be a U.S. Circuit Court judge for the Ninth Circuit, on Capitol Hill in Washington, U.S., May 9, 2018. REUTERS/Yuri Gripas

U.S. Senate Republican leaders on Thursday pulled the plug on one of President Donald Trump’s judicial nominees over racially insensitive articles he wrote as a college student, marking the first time a Trump appeals court pick was not confirmed.

The Republican-led Senate had been poised to vote on whether to confirm Ryan Bounds, a federal prosecutor, to sit on the San Francisco-based 9th U.S. Circuit Court of Appeals when Majority Leader Mitch McConnell announced that the nomination would be withdrawn.

No other Trump appeals court nominations have failed, although several nominees to federal district courts have previously been withdrawn.