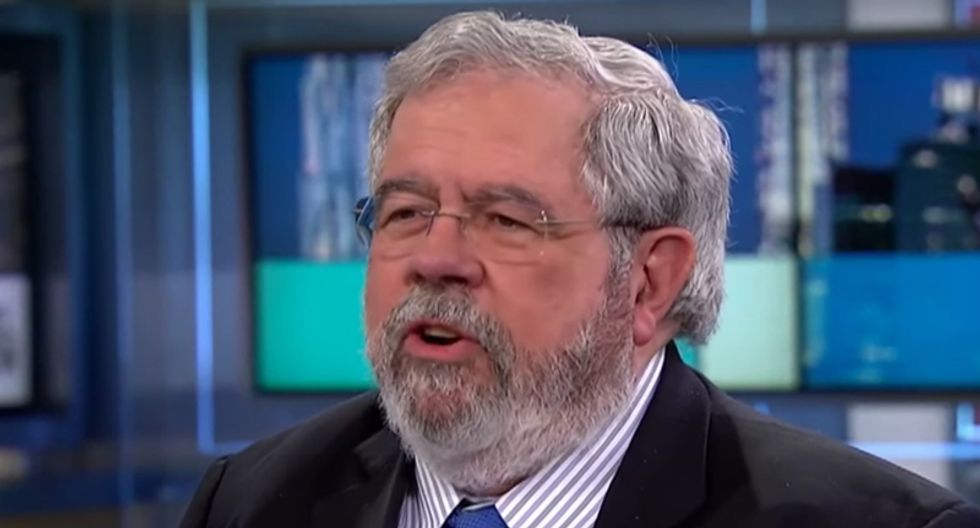 Donald Trump's biographer David Cay Johnston predicted that more women will probably be outed for affairs they've had with the president over the years.

In an interview with SiriusXMProgress host Dean Obeidallah, Johnston said "there are lots of other women," specifically "brand-name women," that he thinks are likely hoping they don't get "dragged into this."

"I know who they are," he said. "They are not in the record. But they may" become part of the ongoing scandals.

Obeidallah clarified that "brand-name" meant that they're famous enough that people know who they are. He asked the biographer if he could "tape once or twice" if the name is one of the people, but Johnston refused to play along.

"This means nothing to the GOP. He could have slept with one hundred women, he could have numerous children out of wedlock," Obeidallah said.

"He could have paid for numerous abortions through friends, and the party of 'Family Values' that constantly rails against abortion would give him a pass," Johnston continued. "This is -- you know, Dean, everything that I predicted that Donald would do in office before he entered office has turned out to be correct."

He confessed that he was "really wrong" about one thing: He anticipated that the GOP would respect their own institutions enough to have acted by now. They have not.

Listen to the interview below: