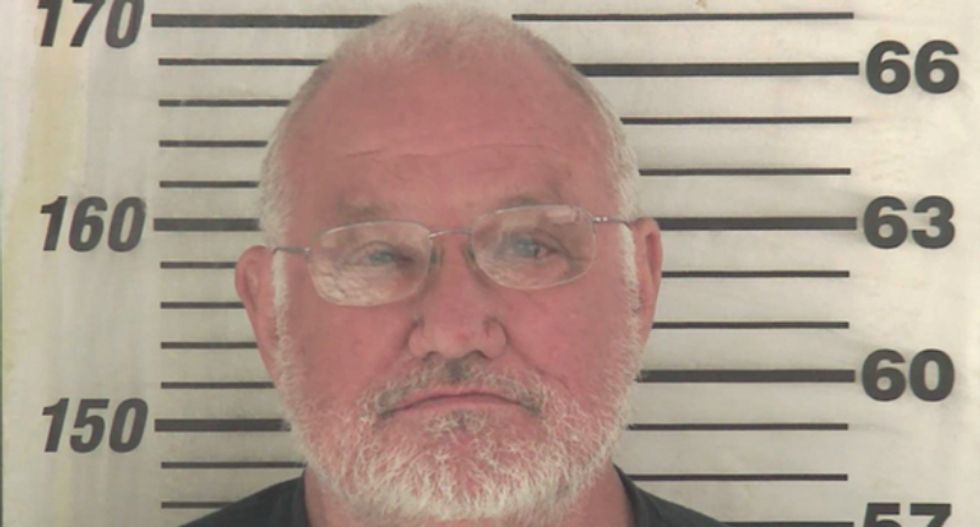 A onetime Trump campaign chair sentenced to 20 years for human trafficking has sued his family from inside prison.

Kentucky's WKRC reported that former judge and Trump campaign official Tim Nolan — who was convicted in February of numerous counts related to threats of arrest and use of drugs to have sex with underage girls — is suing his family for selling his assets through a trust without his permission.

Nolan is suing his daughters and the Nolan Irrevocable Trust, which he claims was created while "he was suffering from a brain tumor, hallucinations and mental issues," rendering him incompetent. The report noted that the trust that names the former judge's daughters Taunya Nolan Jack and Dr. Tifany Nolan as the trustees was created a day after Nolan was indicted for sex crimes.

"In the suit, Nolan claims that Taunya Nolan Jack used “inside” information from her job as Campbell Circuit Clerk to form the trust. He offers no explanation for that claim," the report continued, adding that the lawsuit "also claims that his daughters are using their position to sell off his property and personal belongings to 'enrich' themselves."