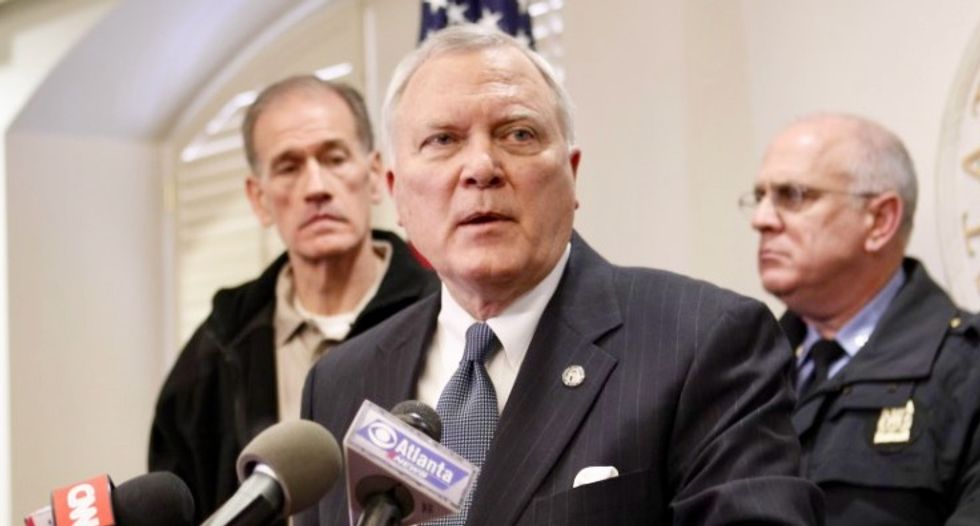 Republican voters in Georgia on Tuesday will choose their party’s nominee for governor in a two-man faceoff that has become a proxy battle between U.S. President Donald Trump and the state’s popular Republican governor, Nathan Deal.

In May, Lieutenant Governor Casey Cagle, who has Deal’s endorsement, finished ahead of Georgia Secretary of State Brian Kemp. But Kemp, whose hardline campaigning approach dovetails with Trump’s, earned the president’s backing last week, a surprise endorsement that should give him a major boost among Republican voters in the run-off election.

“I would think it does give the edge to Kemp,” said Charles Bullock, a political science professor at the University of Georgia.

Recent polls show a close race. The winner of Tuesday’s contest will face Democrat Stacey Abrams, who is vying to become the first black woman to serve as a U.S. state governor, in what is expected to be one of the most hotly contested races in November’s midterm elections. Trump carried Georgia by five percentage points in 2016.

The Republican nominating race has been marked by fiercely negative campaigning.

Cagle, 52, bested Kemp, 55, by 13 points in the springtime primary to set up the top-two showdown. But he came under fire in recent weeks after Kemp and another candidate who finished fourth released secret recordings in which Cagle acknowledged supporting a bad policy for political reasons and said the primary appeared to be a contest to see who could be “craziest.”

That last comment likely referred to Kemp’s political advertisements, in which he jokingly threatened a teenage boy who wanted to date his daughter with a shotgun and promised to “round up” illegal immigrants in his truck.

“Brian is very strong on Crime and Borders, LOVES our Military, Vets and the 2nd Amendment. He will be a GREAT Governor!” Trump said in another tweet backing Kemp on Saturday, ahead of Vice President Mike Pence’s appearance with the candidate at a campaign event.

Both candidates have embraced Trump and have similar policy positions, including support for gun rights, lower taxes and tough anti-illegal immigration measures.

Cagle would likely be a stronger general election candidate than Kemp, whose heated rhetoric could alienate women voters in a race against Abrams, according to Bullock.