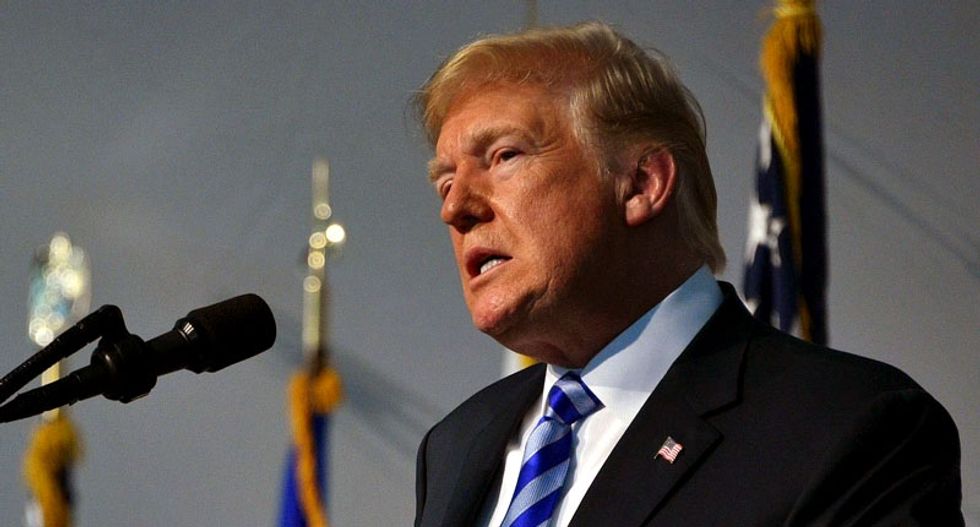 President Donald Trump's diplomatic team is reportedly negotiating directly with Taliban officials as he surrenders large swaths of the country to the Islamists who gave safe-haven to the terrorists responsible for the September 11th attacks.

The New York Times reports that Trump's State Department is negotiating directly with the Taliban, with no involvement by Afghanistan's government. Negotiations with the group, which is waging a civil war against the government that the United States has supported since the fall of the regime, reportedly took place in Qatar last week.

At the same time, Trump has the American military surrendering large parts of the country to the Islamic extremists who led a campaign of terror against the Afghan people and cooperated with Al Qaeda in the 9/11 attacks.

"The Trump administration is pushing Afghan commanders to surrender rural and sparsely populated areas of the country and focus on protecting cities," the Times reports. [Trump's surrender strategy] will effectively ensure that the Taliban and other insurgent groups will hold on to territory that they have already seized, leaving the government in Kabul to safeguard the capital and cities such as Kandahar, Kunduz, Mazar-i-Sharif and Jalalabad."

Trump's surrender in the country comes as an acknowledgement that he cannot lead the American military to victory over the terrorists responsible for the most traumatic attack ever launched against the U.S. government on American soil.

Trump had previously claimed to have a strategy to defeat the group, saying that the Taliban “need[s] to know they have nowhere to hide, that no place is beyond the reach of American might and American arms.”

Current figures say that 2,372 members of the U.S. military have died in the attempt to liberate Afghanistan from the Taliban following the 9/11 attacks.