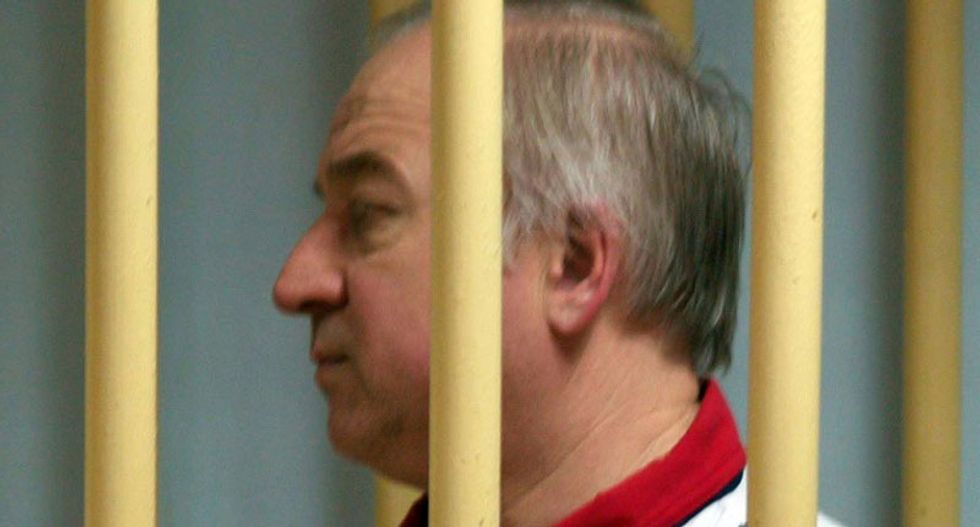 Russian ex-spy Sergei Skripal and his daughter collapsed on a bench after being exposed to an unknown substance. (Kommersant Photo/AFP / Yuri SENATOROV)

British police said Wednesday that two people are in a critical condition in a Salisbury hospital after being exposed to an "unknown substance", just a short distance from where former Russian spy Sergei Skripal and his daughter were poisoned.

The two patients "are both currently receiving treatment for suspected exposure to an unknown substance at Salisbury District Hospital," Wiltshire police said.

"They are both in a critical condition," the police said, adding that they considered the situation a "major incident".

The two people, a man and a woman both in their 40s, were discovered unconscious on Saturday June 30 at a house in the village of Amesbury, which is around a dozen kilometres (eight miles) from Salisbury.

Sergei and Yulia Skripal were found slumped on a bench in the city in southwestern England where the former double agent lived in March, sparking a bitter diplomatic crisis between Moscow and London, which says a Soviet-made nerve agent dubbed novichok was used on the pair.

Wiltshire police said they initially suspected that the two people had fallen ill after using "possibly heroin or crack cocaine from a contaminated batch of drugs."

"However, further testing is now ongoing to establish the substance which led to these patients becoming ill and we are keeping an open mind as to the circumstances surrounding this incident," they said.

Security cordons have been set up around the areas where the two people went before they fell ill, police said, and security has been boosted in both Amesbury and Salisbury.

A Public Health England (PHE) spokesman said "it is not believed that there is a significant health risk to the wider public."

"This will be continually assessed as further information becomes known," they said in a statement.

Skripal and his daughter Yulia, who was visiting from Moscow, collapsed on March 4 in Salisbury. They were treated for an extended period of time before being released from Salisbury hospital.

Russia has rejected British accusations of involvement in the Skripal poisoning, which sparked a diplomatic crisis that saw Russia and the West expelling dozens of diplomats in tit-for-tat moves.