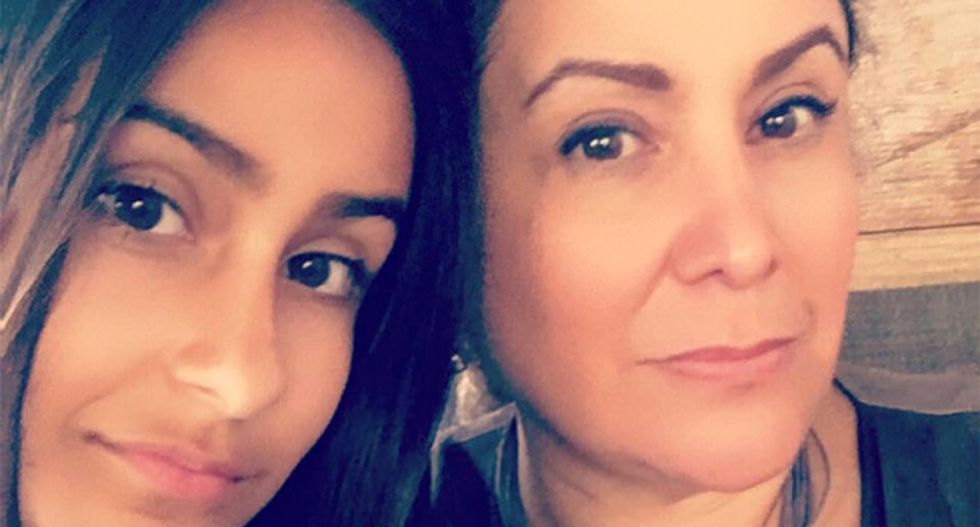 A mother and daughter were flying back from a European vacation when an agent at Customs and Border Protection couldn't understand why their last names were different.

"I was asked if Sybonae was my daughter and I said yes," Sylvia Acosta wrote on Facebook. "Then they asked why if she was my daughter I didn’t have the same last name. I told them I had already established my career and earned my doctorate with my last name Acosta so I had decided not to change it."

The officer then said "maybe you should have taken your husband's last name so you could prove you were her mom."

She explained that she had plenty of proof that the girl was her daughter without needing their last names to match. She was then taken into another room where she and her daughter were interrogated. When she was asked again why she kept her maiden name, she once again was told she should just take her husband's name.

"I then proceeded to tell them that they were perpetuating an institutionalized misogynistic system which required that a woman take her husband's name and after that and a whole lot more about what I thought about what they had said to me that they let us go," she continued. "I am furious."

“U.S. Customs and Border Protection has reviewed the audio and video of the encounter between a CBP officer and a woman travelling [sic] with her daughter, and found that the video does not support the claim as it has been reported. The audio and video prove that there weren’t any inappropriate questions discussed," the first statement read.

The statement then went on to urge that any parent traveling with a child who has a different last name, get a note from the other parent, in this case, the woman's husband.

She then posted the statement she said that was "revised" by CPB. You can read the full Facebook post below: