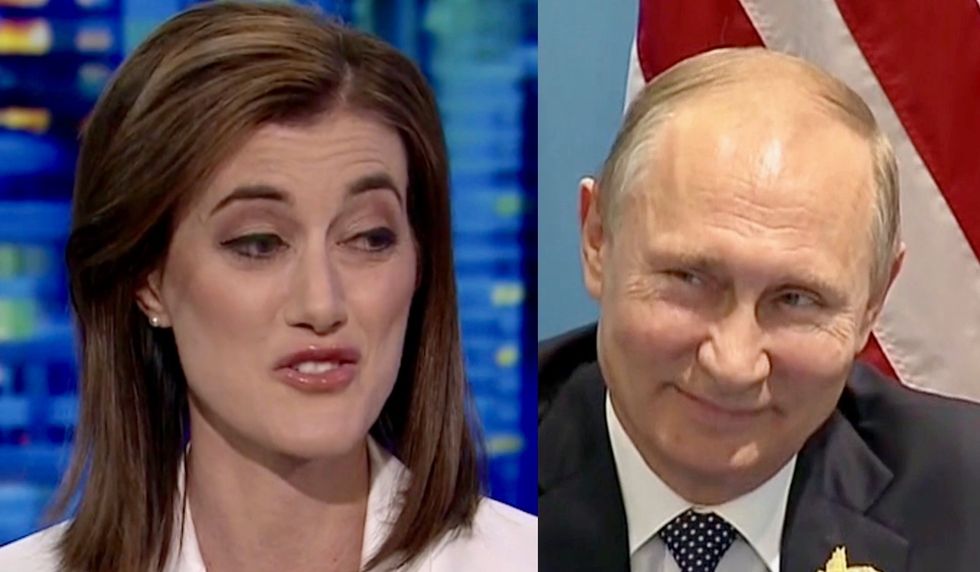 Both Samantha Vinograd and Steve Hall said Trump was unprepared for a meeting with a hostile power—but that Trump might not see Russia as hostile.

Vinograd agreed with the growing chorus of people who say Trump should cancel the meeting.

"I think he should cancel it, but not just because of these indictments," Vinograd said. "He was unprepared for this meeting before the indictments came out. What we learned today was that more members of the GRU, the Russian intelligence unit within their military, were involved. But that doesn't change the fact that he had no preparation before he went to Europe... He's walking into the room, by himself, with a guy who has years of experience at manipulation."

Why is he putting himself in this situation, Lemon wondered.

"He either thinks he knows better—he's smarter than everyone else," Vinograd said. "Or, what does he not want a translator to hear, a note-taker to hear, or his own national security adviser to hear."

Steve Hall, a retired CIA agent who was the head of Russian operations for the agency, said Trump appears to be acting like someone who owes Russia. And that Putin is treating him as he would any other oligarch.

"I actually think Vladimir Putin sees Trump as his American oligarch," Hall said. "You understand that Putin has this whole series of oligarchs in Russia who do what he needs done and then allows them to get really, really rich. It's the same situation we see with Donald Trump."