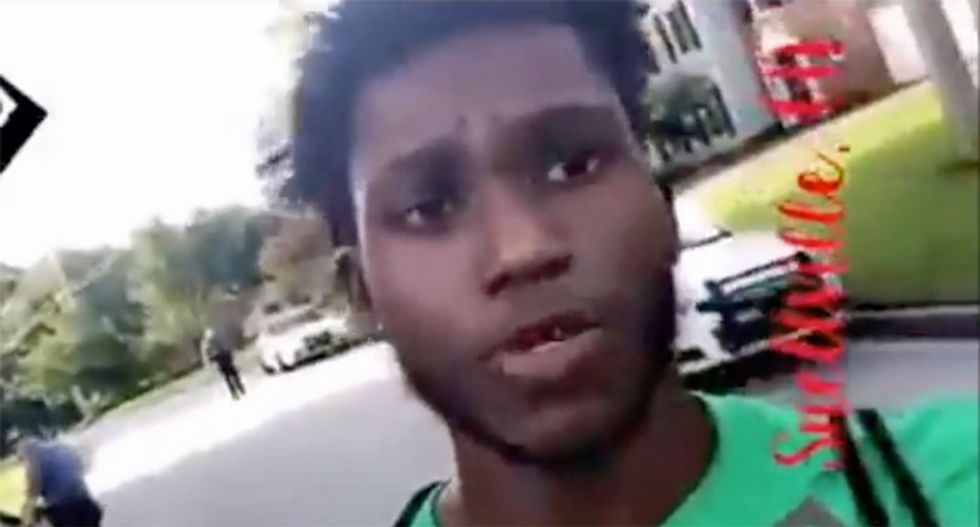 Eli Sabur records video of the three police officers who responded to a complaint about political canvassing in Georgia's 7th congressional district.

Police in the Atlanta suburbs responded in force after somebody called 911 on two black college students canvassing for a congressional candidate, CBS 46 News reports.

Morehouse College student Eli Sabur recorded video of the incident, the latest in a string of incidents involving people of color having police called on them despite doing nothing wrong.

Three police cruisers responded to the phone call about the canvassers, whose political door knocking for a congressional campaign was legal and constitutionally protected.

The two black students were canvassing for David Kim, a first generation American-born son of Korean immigrants, who is running for Congress, currently facing a July 24th run-off election for the Democratic Party nomination to challenge Rep. Rob Woodall (R-GA) in the November midterm elections.

"I was in my campaign shirt, hands full of literature and professional as always," Sabur said in a statement posted on the campaign's Facebook page.

Sabur, who has years of experience canvassing, said having the police called, "actually happens a lot."

The candidate, who has three children, posted an emotional statement on the police incident.

"When I repeatedly hear of incidents like this, it deeply saddens me that this has become a running commentary of my campaign. I understand why every parent of a child of color must have 'the talk' and worry about all our team members out in the field."

"The talk" refers to the conversation black parents must have with their children about surviving interactions with police.

Sabur said he will not let the incident stop him from continuing to campaign for Kim.