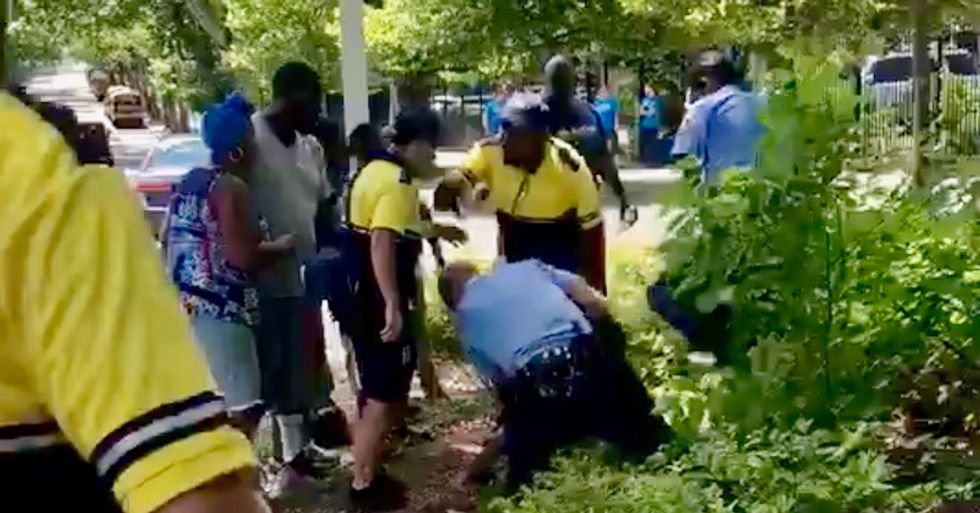 Shocking video appears to show a black boy being body-slammed by police and arrested for selling water outside the zoo in Philadelphia.

The video, posted on Thursday by a woman named Dominique Davis, shows the cops run up on the boy, tackle him, slam him to the ground and cuff him amidst a chaotic scene where bystanders attempt to intervene.

Even one of the zoo officers seems to think the use of force is excessive, asking the other "Is this what you want?"

According to the Philadelphia Voice, police are reviewing the incident but have not released more information.

A spokesperson for the zoo told the Voice that "the same group" of teens has been causing trouble by asking for money and allegedly "throwing rocks" at someone and "harassing another female public safety officer just before this incident occurred."

Philly Black Lives Matter organizer Asa Khalif posted about the incident and said that the group would demand answers.