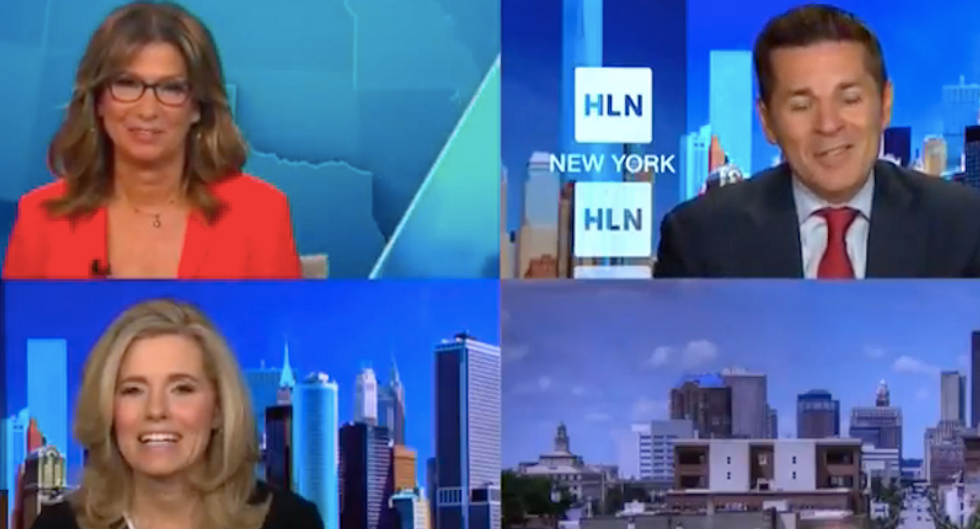 On Friday, conservative columnist Steve Deace and Sirius radio talk show host Dean Obeidallah appeared on CNN Headline News to discuss the paramount significance of the Supreme Court in American life—and how important it is to ensure that the right person gets the job of Supreme Court Justice.

First, Deace discussed the problems plaguing US society and how to unify the divided US public.

"We need more debate!" he concluded.

As it turned out, Deace's passion for hearty debate was short-lived—lasting only the amount of time it took someone else to say something he strongly disagreed with.

When Obeidallah said that the stakes were higher than ever in the Supreme Court fight, he noted that there are conservative elements in government that want to reverse progressive gains impacting women, LGBTQ people and other vulnerable groups.

"The stakes are really high in this country," Obeidallah said. "And there are people who want to impose Christian Sharia law in this country. And what I mean by that is that they want the Bible as the law of the land. Mike Huckabee has literally said you can't change the Bible but you can change the Constitution.

"Supreme Court decisions have an impact on cultural norms," he added, pointing out that the Loving case radically expanded acceptance of inter-racial marriage.

After some more chatter about the Supreme Court pick, the hosts turned back to Deace, who'd sat steaming after Obeidallah's comments.

"You started with me and I tried to have a conversation where we might get to a place of agreement. Right away you go to Dean after me, basically says people with my worldview are "Christian Saudi Arabia" — that's just a preposterous statement.

Obeidallah pointed out he was merely repeating back statements made by Christian lawmakers like Mike Huckabee.

The exchange ended with Deace storming off.

"If Steve was upset that I oppose and fight against Christian sharia law being imposed in America that's simply too bad," Obeidallah tells Raw Story. "We can not allow America to become the Christian version of Saudi Arabia and some-not all-on the right like Mike Huckabee want to make the Bible the basis for our laws."