WATCH: Raging white man screams racist abuse at woman -- and mocks her for having black nephews 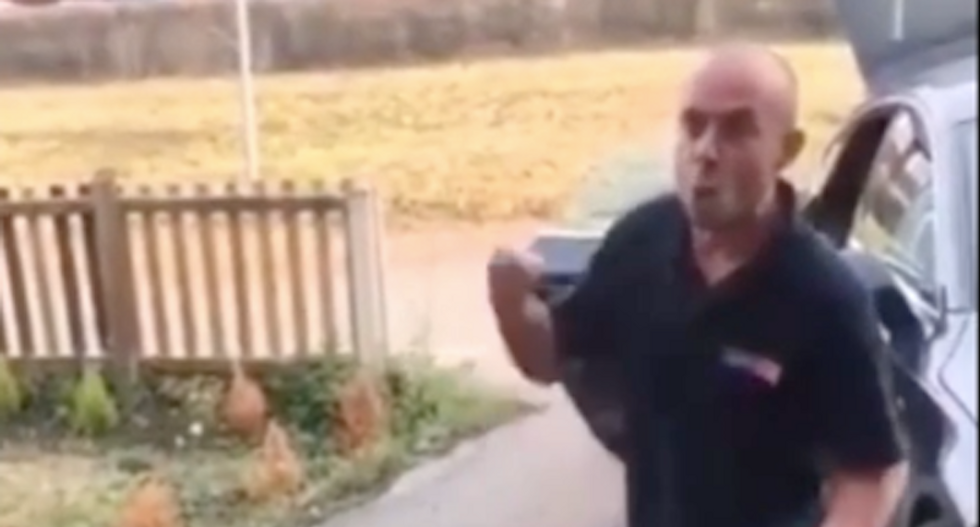 A Yorkshire man's screaming match with a woman swiftly devolved into racist abuse, in an incident that was recorded and shared on Facebook.

It's not clear what started the altercation, but it quickly escalated into a racist attack, the UK's Mirror Online reports .

And in a racist finale to the abusive rant, he mocks the woman for apparently having black family members.

"At least my nephews are not f**cking black," he yells, before stomping off.

After the video went viral, the man's employer Quality Save said they would investigate the incident.