WATCH: Sally Yates lambasts Trump -- and questions his loyalty to the US 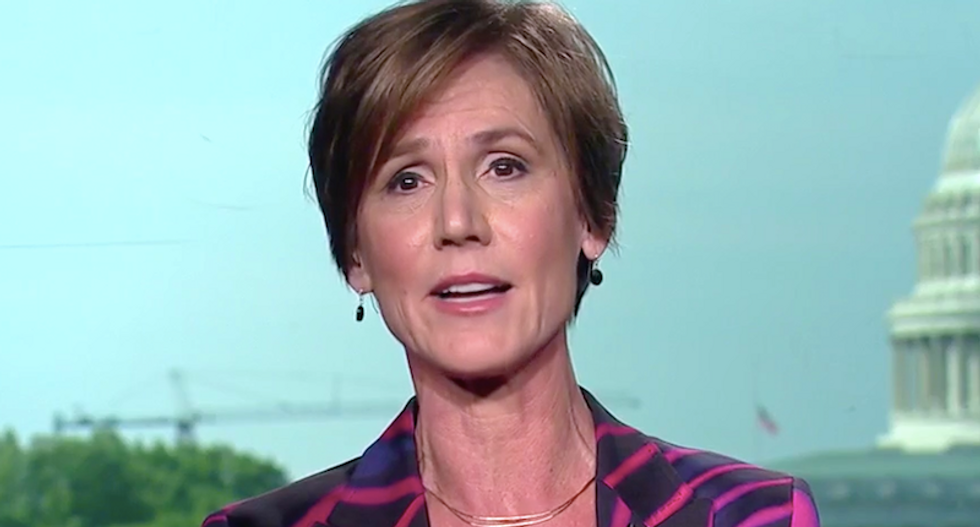 Yates, who was unceremoniously fired and replaced with Attorney General Jeff Sessions, explained why the President's actions in Helsinki are so frightening.

“It wasn’t really just a rhetorical, semantic faux pas that we are talking about here. It was what his words reflected. They revealed what our president is thinking, and how he feels, and where his loyalties lie," Yates said.

“So I think the startling reality for all of us is that we are faced with a situation where our president, the person whom we have entrusted to lead this country, isn’t all in for our nation.”