Watch: Texas cops taser autistic teen for throwing rocks in neighbor's yard -- then report he was on 'narcotics' 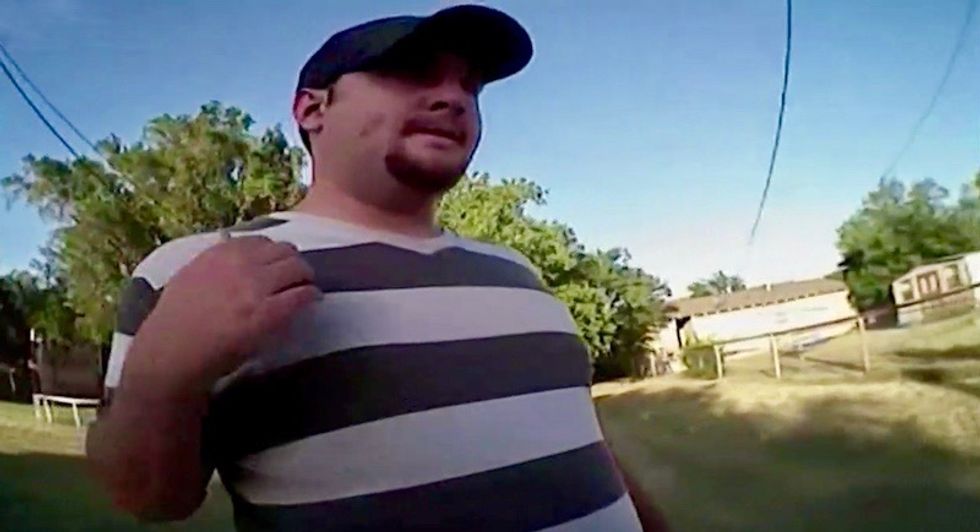 Michael Moore, 19, has autism and lives in the small town west of Fort Worth, reports the Star-Telegram.

Moore was allegedly throwing rocks into his neighbors yards, so the neighbor called police. The neighbor warned police that he was mentally challenged in some way, and asked to talk to the officers before they confronted the autistic teen, but the dispatcher did not relate this information to the police, who instead instigated a violent confrontation with the man over the alleged rock throwing.

The video shows Moore being thrown to the ground and tasered twice as he screams for his mother to come help him. One of the officers puts his hands around the teen's neck. He suffered injuries and had to be taken to the hospital.

Even after talking to the teen's mother, one of the officers wrote that Moore was on drugs: “Based on my training and experience as a police officer I believed that Michael may have been under the influence of some type of narcotic.”

The police have said the officers will not be disciplined.

“It is our opinion that our officer made a judgment call based on the limited information available, as the job forces them to do every day,” the department wrote on Facebook.

Even in small--town Texas, the police have gotten an angry response.

"I tend to back the blue, but I can’t get behind this decision," wrote one woman on Facebook. "Extremely excessive actions were taken by these officers when he posed no threat or aggressive behavior. He was nervous, scared and clearly didn’t behave as a normal 18 or 19 year old. I believe these Officers should have asked the appropriate questions instead of jumping to a sobriety test (which still did not give them assurance he was high or intoxicated) and arresting him(for what exactly by the way)."

Watch a television segment with the video below.