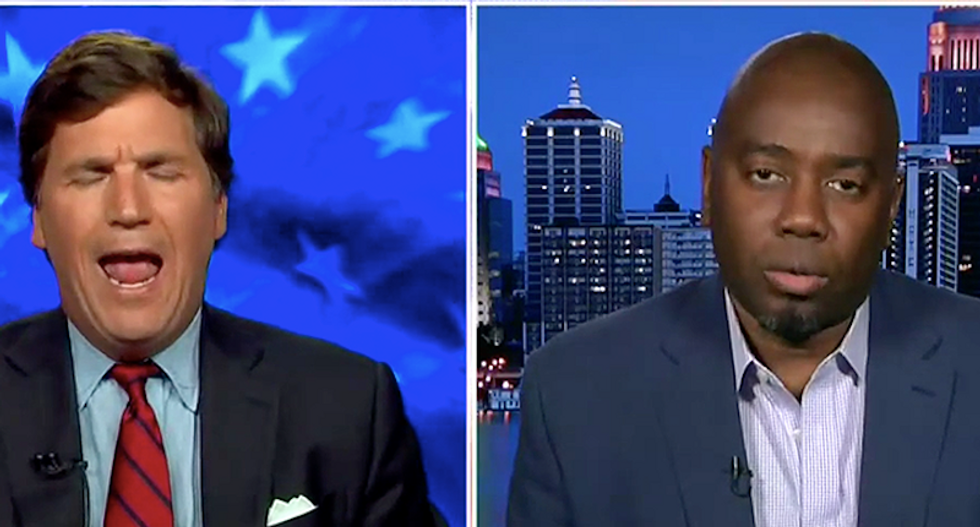 Jones appeared to be trying to have a smart, nuanced discussion about race. As is often the case on Fox News, the appearance instead devolved into Carlson throwing a hissy fit about how oppressed white people are.

"I would read the piece. I think, unfortunately as I talked to your producer this afternoon, being pugnacious with people like you and I when we don't know one another, it makes good television. But it doesn't make people understand one another," Jones said.

"Don't get, look, I'm quoting your piece. Hold on, is this quote incorrect -- " Carlson continued.

"Are these your words? What did you mean, why are so many white Americans -- "

"You said it five times," Carlson continued. "Why don't you answer my question, which is, would it be okay for me to write the sentence, "Why are black Americans so brutally mean and insensitive. If you would, please answer the question."

"I'm answering the question. The first thing that I would do, what I would not limit myself in a very myopic way to one sentence of a piece. I would endeavor to read the article?"