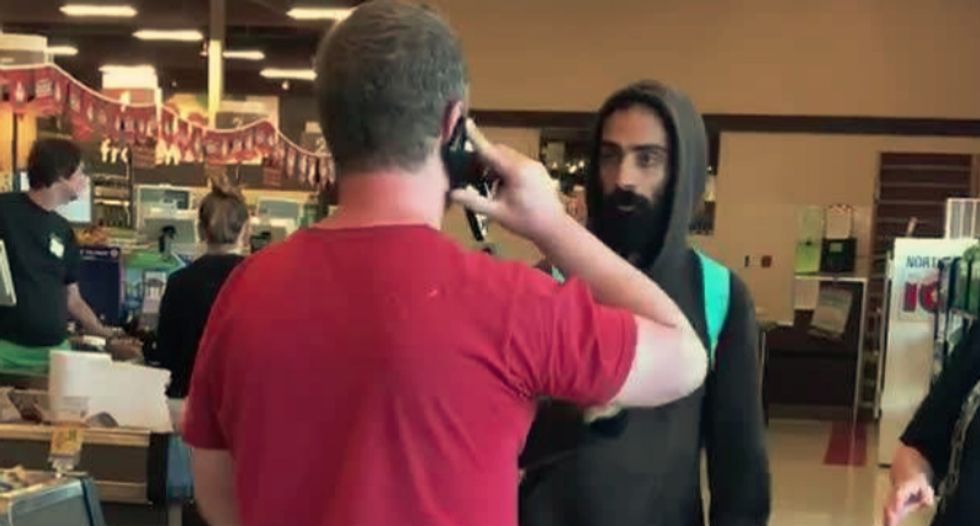 A white man attempts to block a darker-skinned man from leaving a grocery store after failing to make a "citizen's arrest." Image via screengrab.

White people accosting people of color in public appears to no longer be limited to the United States in a new video showing a racist altercation that resulted in a failed "citizen's arrest."

The Canadian Broadcasting Company reported that police are investigating the "race-related" incident that took place in a London, Ontario grocery store earlier this week after video of it went viral.

In the video, a white man wearing a red shirt is seen blocking a darker-skinned man in black from exiting the store. According to police, the man in the red shirt had previously assaulted the man in black.

"Stop assaulting me," the man in the black jacket said. Earlier in the video, the white man is heard telling the darker-skinned man that he's an "illegal alien."

At one point, the man in red moves to make a citizen's arrest, and a woman-off camera is heard telling him he can't do that.

Watch the entire incident below: