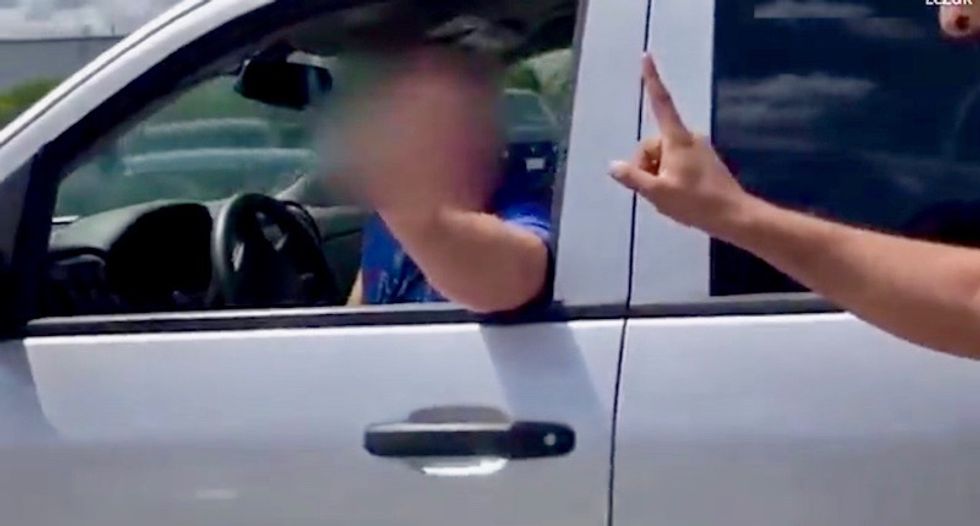 Shocking video shows an Indian couple being harassed and threatened by a white man over a parking dispute at a Canadian Walmart.

The incident happened in Hamilton, Ontario. The video begins in the middle of the confrontation and escalates after an Indian man tells a white man in a silver Chevy pickup that he is a Canadian citizen and that the white man is being a poor example for his children.

The white man tells the Indian that he does not sound like a Canadian and then launches into a rant after accelerating his truck and appearing to hit the woman who is filming.