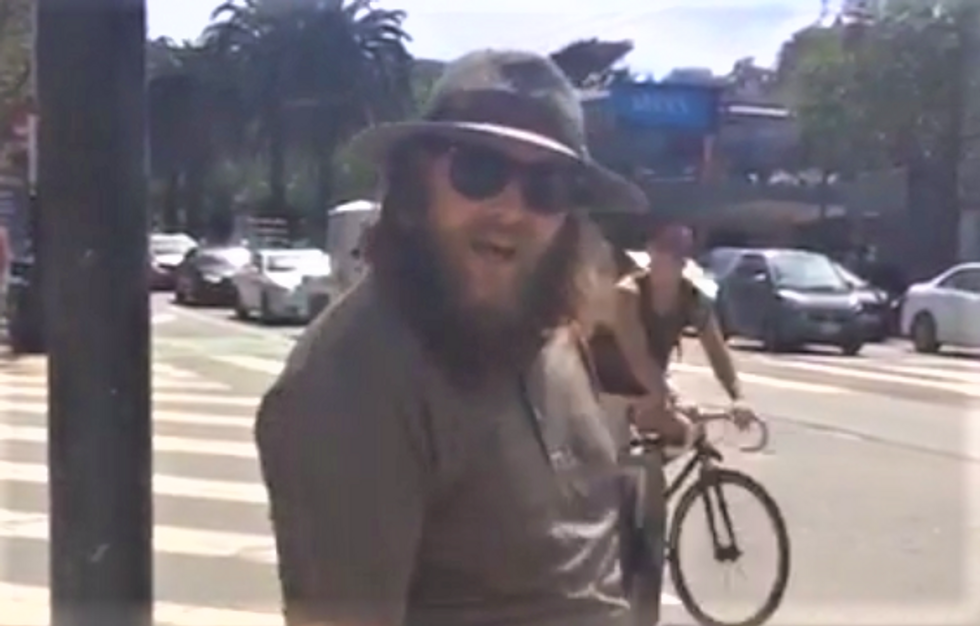 A Verizon customer yells the 'n-word' because he couldn't afford to buy a phone (Screen cap).

A San Francisco Verizon customer went on a racist rant this week because he was told he didn't have enough money to purchase a new phone.

NBC Bay Area reports that the man captured in the video had gone into a local Verizon store and tried to buy a new phone with his family's plan.

However, the man did not have the proper personal identification number required to buy a phone with the plan, and he didn't have enough cash on him to buy the phone outright.

According to witnesses, this set him off on an angry tirade against employees -- and he started yelling racial slurs shortly after walking outside the store.

"You won't take my money!" the man yelled at a black Verizon employee who was filming him outside the store. "N*gger, you hear me?"

At one point, another white man confronted the racist man and asked him why he was yelling the n-word in public.

"Because he's a n*gger and he's disrespecting the entire black race!" the racist man replied.

"You're a fat f*ck, how about that?" the white man replied to him.