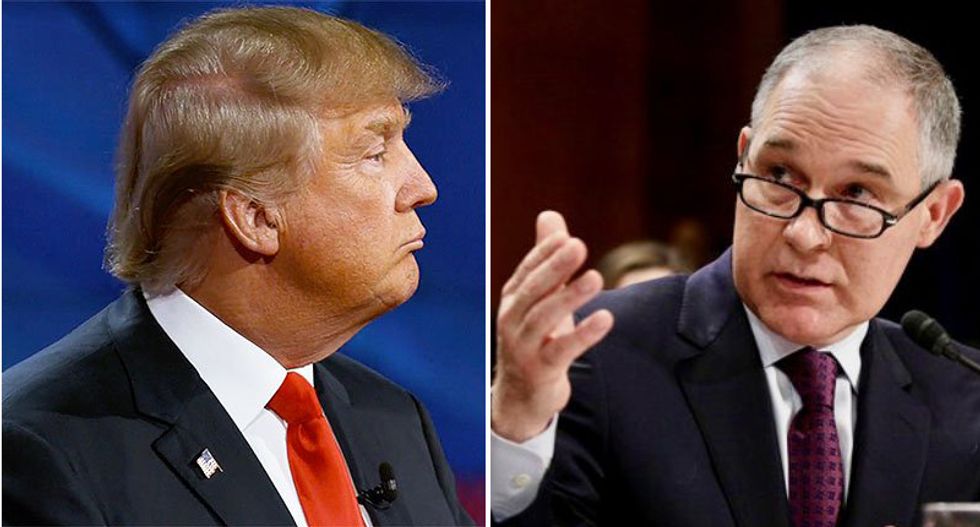 The stunning announcement by President Donald Trump that he had accepted the resignation of scandal-plagued EPA head Scott Pruitt was greeted with joy and relief by Twitter users who have been flooded by reports of almost a scandal-a-day by the Oklahoman.

With one user succinctly stating, "It's about damn time," others encouraged Trump to follow his appointee out the door while trampling all over the still warm body of Pruitt who may go down at Trump's most corrupt cabinet pick.

For a sampling, see below: