White CVS manager who called cops on black woman with coupon is Republican who was busted for forging signatures: report 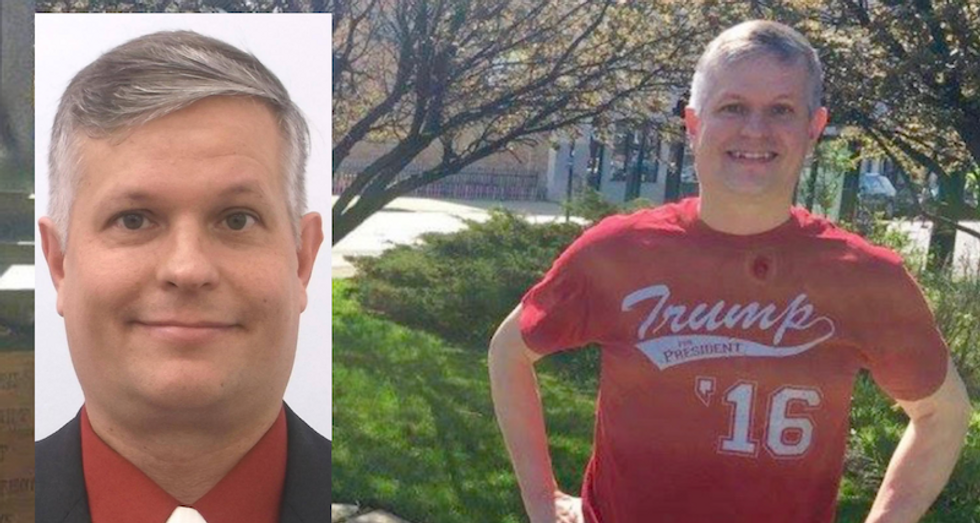 Morry Matson, the white Chicago CVS manager who called the police on a black woman who tried to use a coupon, has a history of allegedly forging documents.

Matson is politically active as a gay conservative who is restarting the Illinois Log Cabin Republicans, which had lost members and shuttered after splintering over Republican politicians' efforts to take away their right to marry. He supported Donald Trump in the 2016 election.

Matson was captured on video as he talked to the police about a black woman who tried to use a a manufacturer’s coupon that the store staff thought was fraudulent.

Matson is a conservative who opposes "high taxes," but Matson was also politically active in leading an effort to build a waterfront bike path to a beach near his own home. As part of that effort, he got the government to make the beach's old sea wall a "historic landmark" and worked to convince his racist neighbors that that improving the beachfront would not mean they saw an influx of "people from the South Side."

But Matson got overzealous. An opponent of his expensive bike path went to look at the signatures for a ballot measure and discovered that five of the 13 pages the signatures were written by him.

"I laughed out loud on the bus. I said are you kidding me? You just submitted this without even thinking anybody would look at it?" said the woman who busted him.

Matson reportedly admitted that "he had signed some of the signatures himself" and used the address of the CVS where he worked for names.

Matson also told a local news site that he illegally collected the signatures over the span of a year, instead of in the allowed 90 days.

The City of Chicago's Board of Election Commissioners and its handwriting expert agreed with several of Sullivan's complaints after reviewing the pages — primarily that five of at least 13 sheets of signatures, save for two names, were written in Matson's own handwriting and listed addresses for some of those signatures that weren't homes.

The board of elections found that "there was a pattern of fraud, false swearing and total disregard of the requirements of the election code" and threw out the measure.