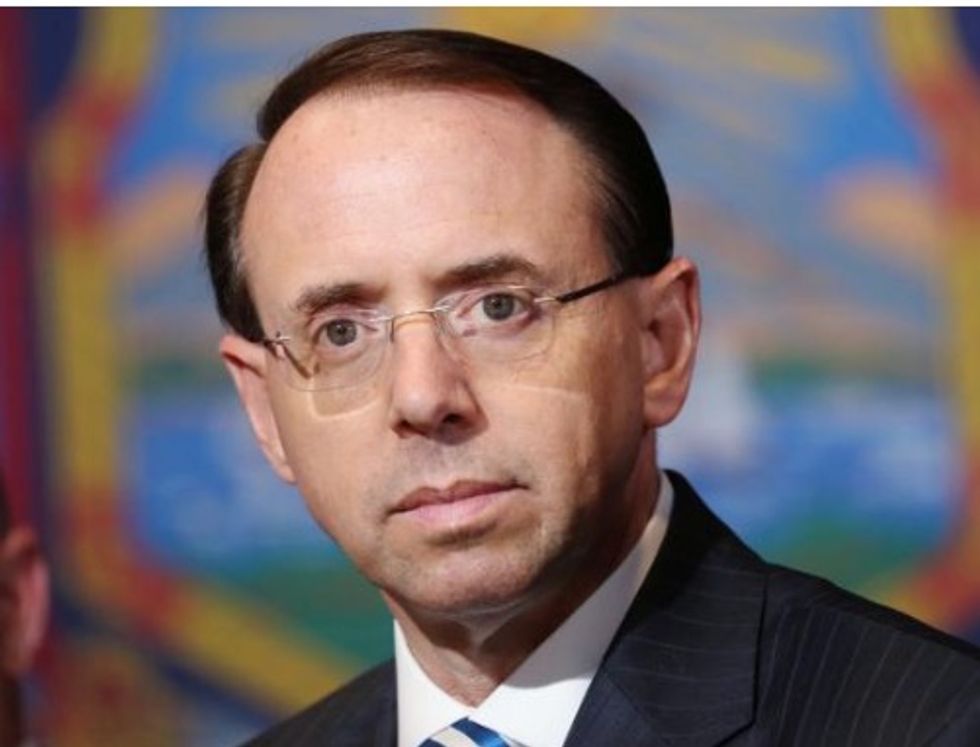 The Trump administration on Tuesday summoned Deputy Attorney General Rod Rosenstein to the White House just days after he announced bombshell indictments against 12 Russians for their alleged role in hacking the Democratic National Committee and Hillary Clinton's campaign.

According to NBC News Pentagon correspondent Hans Nichols, Rosenstein was "was seen leaving the White House at 11:28 a.m." on Tuesday. He adds that it was "unclear if he met with President Trump, who is still in the residence and hasn't shown up in the West Wing this morning."

NPR reporter Carrie Johnson claims that this was a regularly scheduled meeting that Rosenstein attends every week, however.

I'm told this was a regularly scheduled meeting that the DAG Rod Rosenstein has at the White House.... https://t.co/IV8LZdobTr
— Carrie Johnson (@Carrie Johnson)1531843639.0

The timing of Rosenstein going to the White House will nonetheless spark speculation about the meeting, as it comes just one day after President Donald Trump's widely criticized joint press conference with Russian President Vladimir Putin, in which Trump refused to say whether he believed his own intelligence agencies over the word of his Russian counterpart.

Three days before the Putin meeting, Rosenstein announced that special counsel Robert Mueller's office had indicted twelve Russians for allegedly plotting to hack and distribute stolen emails from both the DNC and the Clinton campaign during the 2016 presidential election.

The announcement of those indictments added fresh urgency to whether Trump still accepted Putin's denials of interfering in the election -- and Trump on Monday refused to discount the Russian president's insistence that he had done nothing wrong.