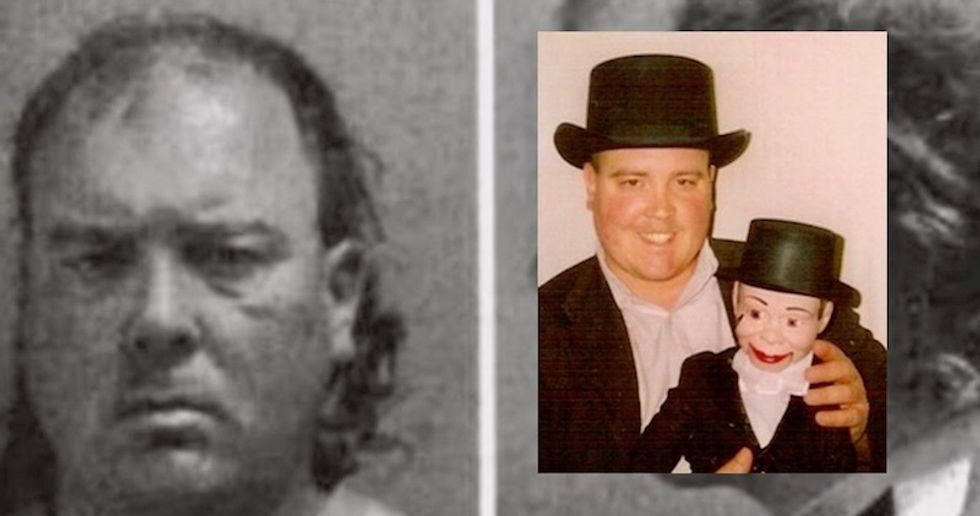 An Illinois man has been charged with a hate crime after attacking a Hispanic man at a Starbucks, Patch.com reports.

Andrew R. Angel, 44, allegedly attacked a Hispanic man who was resting in his car in the city of Countryside, southwest of Chicago.

Angel allegedly put a flier with a swastika on it on the man's car. When the Hispanic man saw it, he followed Angel into the Starbucks and attempted to hand it back to him.

Angel allegedly "caused a disturbance inside the Starbucks" and then left, waiting for the Hispanic man outside. Angel allegedly cursed and yelled more racial slurs at the man then dared him to act by saying "what are you going to do about it?"

Angel then allegedly got into his car and peeled around the parking lot yelling more racial slurs before police showed up and arrested him.

Angel told police he was not targeting the Hispanic man and that the racial slurs were uttered because he was "singing along with a rap song."

"I put [the flyers] on anybody's vehicle no matter what their race," Angel said. "The American Nazi Party accepts support from any race. I wasn't singling him out. It's not about white supremacy but more of a political group that shows interest in helping people with taxes and jobs."

Angel also denied to police that he was a neo-Nazi or white supremacist. But according to Patch, the interests listed on his social media profiles include Christianity, white nationalism, ventriloquism, professional wrestling and circuses.

Angel is reportedly homeless and lives in his car. He is now banned from Starbucks pending trial.

Among the revelations from the report, published Sunday as part of a series on “a relentless nationwide campaign” to expand sports betting: Kansas lawmakers slashed an already generous tax rate from 20% to 10%, and exempted some bets from being taxed at all, before passing the sports gambling package after midnight in the final hours of the legislative session.

The final vote came two days after a lobbying event that promised “something for everyone.” There, the New York Times documented how Rep. John Barker, an Abilene Republican who helped orchestrate the sports gambling package, reveled in 30-year-old Irish whiskey while Sen. Jeff Pittman, a Leavenworth Democrat, secured an extra bag of pricey Honduras cigars. At the party, Pittman called it a “terrible” bill, but he voted in favor it anyway.

Clark Kauffman, Iowa Captial Dispatch
An Iowa nurse accused of using a bed sheet to tie an elderly woman to her wheelchair will keep her license but must complete 30 hours of education on patient management.

Last month, the Iowa Board of Nursing filed a combined statement of charges and final order in a case involving Valerie Archer of Corydon. According to the board, Archer committed an act that may have adversely affected the health of a patient.

The board alleges that while Archer worked at an unspecified care facility on Dec. 11, 2021, she “placed a sheet around a resident” in a manner that acted as a restraint.