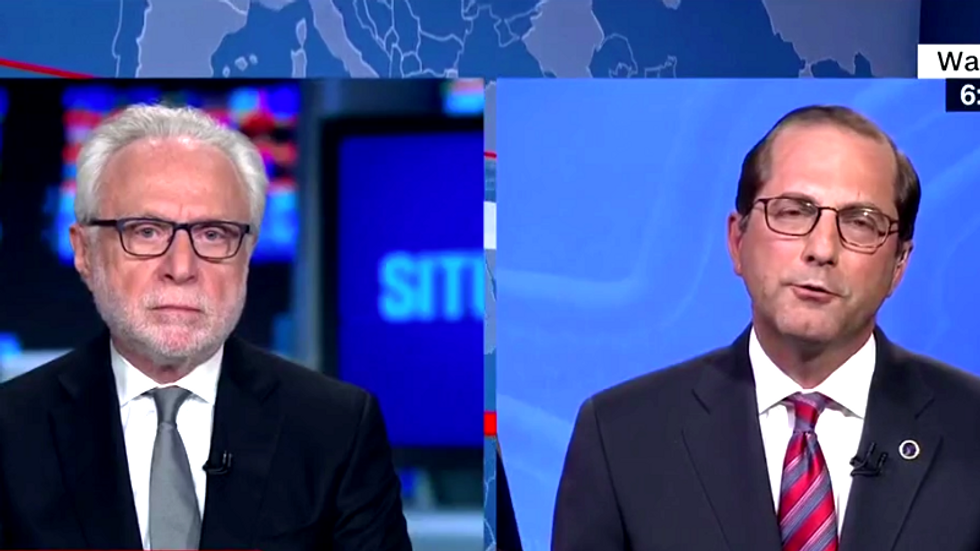 On Tuesday, Health and Human Services Sectary Alex Azar sat down with CNN's Wolf Blitzer to talk about his office's efforts to reunite migrant children, who were separated at the U.S. Border due to President Trump's zero tolerance immigration policy.

"Everybody wants these little kids to be with their mothers and fathers. Mr. Secretary, if you could go back in time, start this whole process from scratch. What would you do differently?"

Azar failed to answer this question directly, and did not mention any plans that would prevent another catastrophe.

"I'm focused on what we do for the kids right now. What we are doing is going through it case by case, individual by individual to confirm who the parents are."

Blitzer would not let him off the hook.

"Sound like you really didn't have a plan in place," Blitzer said.

A federal deadline was set by a judge in California that demanded the Trump administration reunite the kids. The Tuesday deadline was not met completely.

"If this policy been in the works for more than a year, gearing up. Why can't you meet the federal deadline?" Blizer asked, as he grilled Azar on the immigration policy.

Azar said he never expected to.

"Two weeks ago the court said put them back with parents in ICE custody within a two week period. On average it takes us 58 days for a normal placement of a child to out place them to a safe environment. Here in the United States. So, placing them back into ICE's custody with an individual purporting to be a parent was never an expectation."