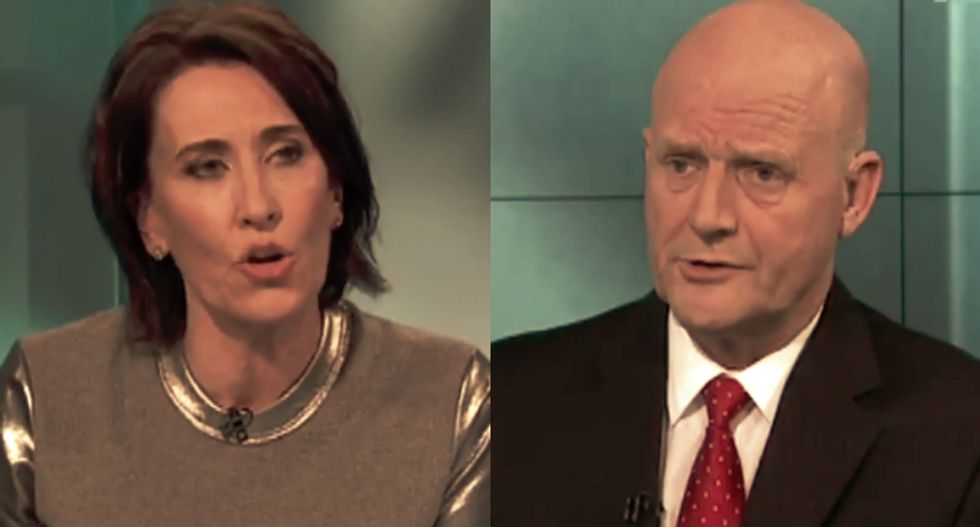 A veteran journalist scored major points while interviewing a libertarian politician accused of sexism by asking him why he was being "so b*tchy."

"Why won’t you withdraw [your comment]?" the reporter asked the senator on Australia's 7.30 nightly news program.

He went on to say that Hanson-Young was a hypocrite because she argued that "all men are evil, the enemy, rapists, sexual predators" while still having "normal relationships with men." Trioli asked him to point out exactly when the female senator made those claims, but Leyonhjelm didn't have an exact quote, instead noting that she's made comments "very similar, if not identical to, ‘if only men would stop raping women’ or ‘all men are rapists’, or words to that effect."

"No woman in my family would accuse all men of being sexual predators," the senator said.

“Neither did Senator Sarah Hanson-Young,” Trioli retorted. “You certainly can’t produce that quote and she certainly denies it.”

Leyonhjelm accused Trioli of calling him a liar, asking "do I have to remember every word precisely for it to be true?”

"In order to justify a pretty strong comment," the journalist responded, "yeah, I reckon you do."

Though 7.30's video cuts out towards the end of the interview, Twitter users who watched the interaction said that Trioli asked Leyonhjelm why he gets so "b*tchy" when women confront him. According to the Australian pop culture site Junkee, the journalist also brought up the time when the libertarian senator referred to an elderly woman as a "bimbo" for criticizing him.

Watch part of the interview below: