'You're usually better than this at doing an interview': Rand Paul attacks Wolf Blitzer when he demands answers about Trump-Putin 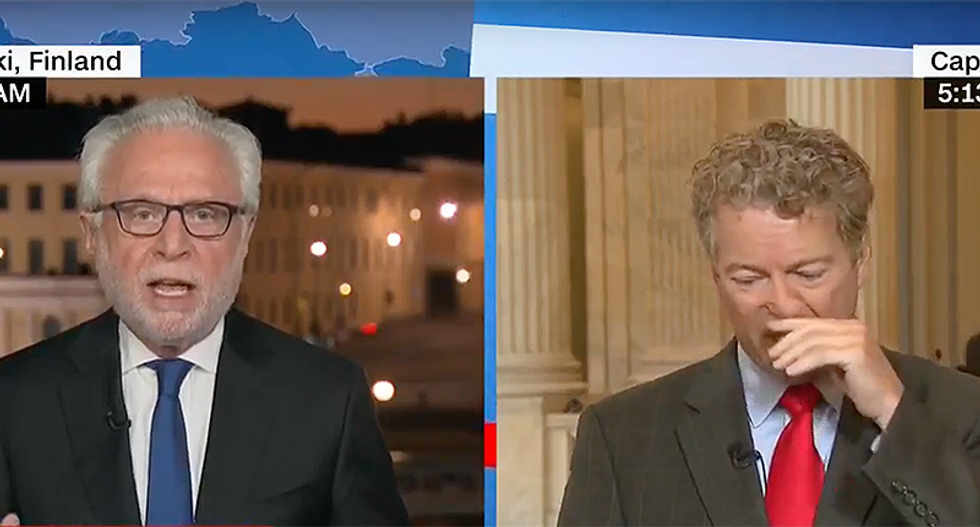 Senator Rand Paul (R-KY) attacked CNN's Wolf Blitzer during his show on Monday. When Blitzer demanded answers from Paul about President Donald Trump's meeting with Vladimir Putin, he failed to give a solid answer.

Paul said that people just "hated" President Trump and that's why they are being hard on him over the summit.

"It's not a matter of hating President Trump," Blitzer said. "It's a matter of what he did today, what he said today. He met with a President Putin as you know more than two hours, unlike other presidents. Especially on foreign soil, he blamed the United States for the bad relationship with Russia. He declined to back his own intelligence community for its assessment. He declined to support the U.S."

Paul responded by trying to dodge the question, but Blitzer wasn't letting him off of the hook. Paul then attacked Blitzer's interviewing skills.

"You're usually better than this, Wolf. You need to allow the respondent to respond," Paul said.

"I'm concerned about the use of bias against President Trump and absolutely with the president on this. The intelligence community was full of bias people, including Peter Strzok, McCabe and dozens of others," Paul said.