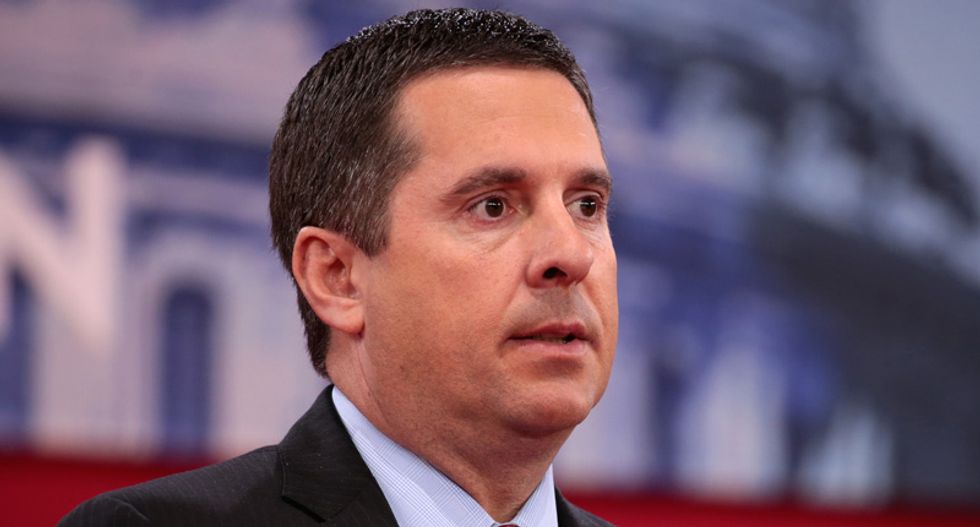 “The Rachel Maddow Show” on MSNBC has obtained a recording that was surreptitiously made at a GOP fundraiser in Spokane, Washington on July 30—one in which Republican Rep. Devin Nunes of California offers a possible explanation on why GOP efforts to impeach Deputy Attorney General Rod Rosenstein have hit a bump in the road: it might delay Senate confirmation hearings for Judge Brett Kavanaugh, President Donald Trump’s nominee to replace Justice Anthony Kennedy on the U.S. Supreme Court.

Here are four of the most shocking revelations from the tape.

Far-right Republicans seemed to be quite enthusiastic about impeaching Rosenstein, but to their dismay, House Speaker Paul Ryan came out against the move. And Nunes, in the recording (which was obtained by a liberal/progressive group), indicates that he opposes impeaching Rosenstein at this point because getting Kavanaugh confirmed should be Senate Republicans’ top priority at this point. Asked about Republican plans to impeach Rosenstein, Nunes said that “it’s a bit complicated” because focusing on Rosenstein now would mean less time for Senate Republicans to focus on Kavanaugh. Nunes asserted, “Do you want them to drop everything and not confirm the Supreme Court justice, the new Supreme Court justice?"

MBNBC’s Ari Melber, tweeting on the Nunes tape, asserted that:

3. Nunes’ Remarks Indicate That He’s Fearful Republicans Could Lose the Senate in November

In the secret tape, Nunes is heard saying that in an impeachment scenario, “The Senate would have to drop everything they’re doing” and “start with impeachment on Rosenstein—and then, take the risk of not getting Kavanaugh confirmed. So it’s not a matter that any of us like Rosenstein. It’s a matter of, it’s a matter of timing.”

Clearly, Nunes’ remarks indicate that he’s fearful Republicans could lose the Senate to Democrats in the November midterms.

In the tape, Nunes is heard saying, “I’ve said publicly Rosenstein deserves to be impeached. The question is the timing of it right before the election.”