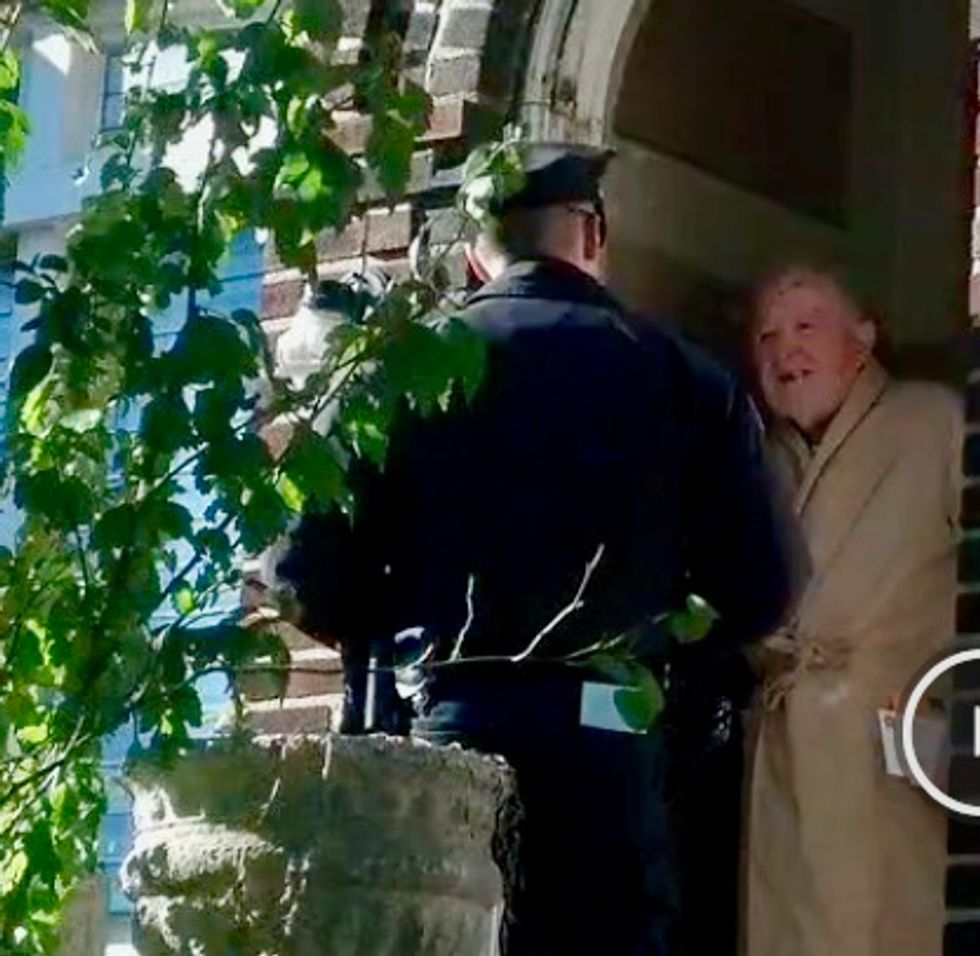 Jakiw Pali at his home in Queens, NY (Screen Capture)

A New York City man believed to be a former guard at a Nazi labor camp in Poland has been arrested and deported by U.S. immigration authorities, the White House said on Tuesday.

Acting on a 2004 deportation order, the Immigration and Customs Enforcement took Jakiw Palij, now 95, into custody and sent him to Germany, the White House said in a statement.

Palij was born in Poland and immigrated to the U.S. in 1949, becoming a United States citizen eight years later, the White House statement said. But he concealed his Nazi service when he immigrated, the statement said.

In 2001, Palij told Department of Justice officials that he had trained at the Nazi SS Training Camp in Trawniki, in German-occupied Poland, in 1943, the White House said.

A federal judge revoked his U.S. citizenship in 2003 and he was ordered deported in 2004. But no European country would accept him, according to reports by CNN and New York magazine.

Palij served as a guard at the Trawniki Labor Camp, where 6,000 Jewish men, women and children were shot dead on Nov. 3, 1943, in one of the single largest massacres of the Holocaust, the White House said.

Reporting by Brendan O'Brien in Milwaukee, editing by Larry King