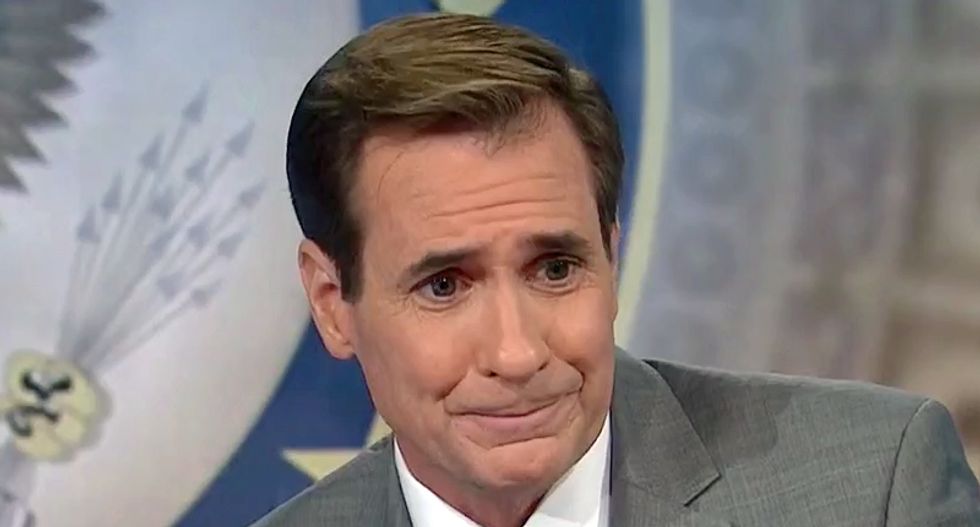 Retired Rear Admiral John Kirby, the former spokesperson for the Department of Defense, read a letter that John McCain wrote to his son during an emotional segment of CNN's "The Situation Room" with Wolf Blitzer.

The letter was written by McCain, the son and grandson of naval admirals, to Kirby's son upon his commission as an Ensign in the United States Navy.

"As you may know, my father and grandfather served in the Navy, both were men of great courage and dignity -- both were tough acts to follow," McCain wrote. "But they also inspired me to serve a cause greater than my own self-interest."

"From the Naval Academy to government service, it was their leadership and inspiration that encouraged me to work for others," McCain continued. "God blessed me with the company of heroes and it has made all the difference in my life."

"Be proud of your accomplishments and never stop believing in yourself and most importantly, you will find the most happiness in serving a cause greater than your own self-interests," McCain counseled.

Kirby choked up as he finished reading from the letter.