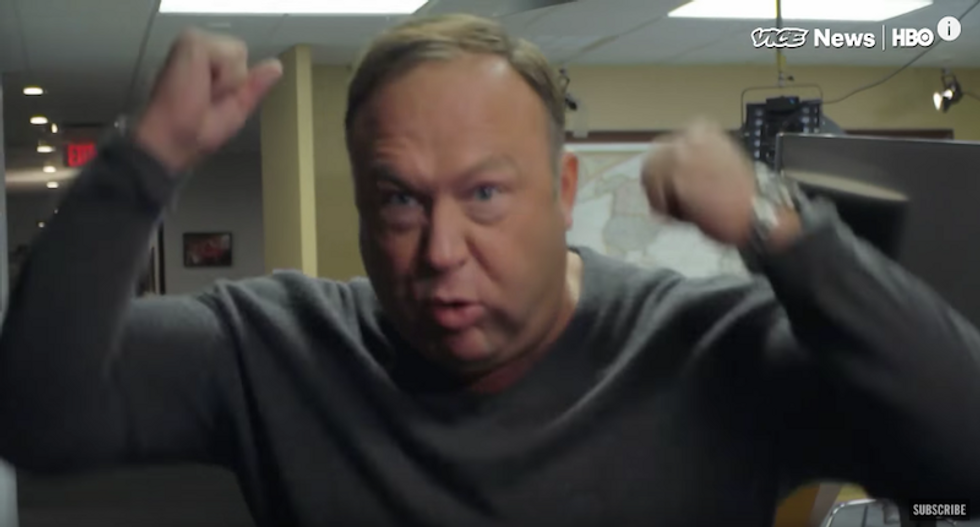 Internet users attempting to view the Alex Jones Channel videos were greeted with the notice saying, "this account has been terminated for violating YouTube's Community Guidelines.”

"He had more than 2.4 million subscribers on his main channel and earned more than 17 million views over the last 30-day period, according to social media analysis site SocialBlade," The Daily Beast reported. "Other InfoWars-related accounts appeared to be unaffected by the ban. InfoWars commentator Paul Joseph Watson has another 1.3 million YouTube subscribers, while other InfoWars accounts have a combined 423,000 subscribers."

On Sunday, Apple's iTunes removed most of Jones' content.

"Since founding Infowars in 1999, Jones has built a vast audience. Among the theories he has promoted is that the Sept. 11, 2001 attacks on New York and Washington were staged by the government," Reuters reported. "He has also promoted a theory that the 2012 Sandy Hook school massacre was faked by left-wing forces to promote gun control. The shooting left 26 children and adults dead at a Connecticut elementary school."