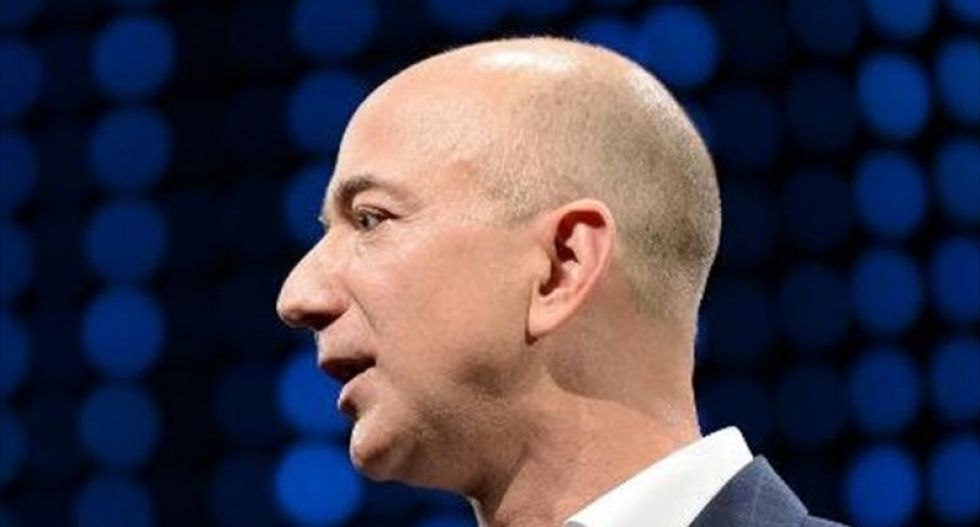 President Donald Trump may not like Jeff Bezos, but his Department of Defense gets along great with Amazon. Consultants associated with the $927 billion Seattle juggernaut occupied top positions at the Pentagon ahead of the rollout of a massive cloud contract worth some $10 billion that Amazon looks poised to snag. Rivals complain the requirements were written to favor Bezos’s company. Either way, investors should be prepared for its government business to attract greater scrutiny.

The Joint Enterprise Defense Infrastructure program, or JEDI, will migrate military data to private platforms. Because that may lead to job cuts, and will be awarded to a single provider, it has sparked some controversy with legislators. Amazon Web Services’ competitors don’t like it either. Oracle Chief Executive Safra Catz complained to Trump about JEDI, Bloomberg reported, and the company also recently filed a formal protest with the Government Accountability Office.

Amazon spent $13 million on lobbying in 2017. That’s more than Oracle, and nearly as much as Microsoft and IBM combined, data from the Center for Responsive Politics show. The company has won a swath of federal contracts from agencies like the Central Intelligence Agency and the Air Force.

Moreover, some of Secretary of Defense James Mattis’s top aides came directly from a consultancy that advised AWS on government business. Mattis hired its founder, a former military bureaucrat named Sally Donnelly, to run his confirmation process in January 2017, then made her senior adviser to coordinate “strategic engagements” with public and private entities. He also took on Donnelly’s managing director, former defense intelligence official Anthony DeMartino.

Both Donnelly and DeMartino declared income from Amazon on ethics disclosures, and were working for Mattis when he visited Bezos in August 2017. Nobody at the Pentagon disclosed similar relationships with other potential JEDI bidders, including Oracle, Microsoft, or IBM, ProPublica’s database shows.

Bezos’s outfit is well positioned on JEDI. In addition to the single-source clause, there’s a tight timeline: 30 days to deliver an unclassified service, and 270 days for a top-secret one. AWS already runs the CIA cloud and is the only provider accredited to handle all Defense classifications.

The award will be granted before Oracle’s bid protest can be adjudicated. But any judgement in Oracle’s favor would be retroactive; in May the GAO hacked down a contract awarded to Amazon partner REAN Cloud after an Oracle protest. Bezos might well win JEDI. Keeping it could be trickier.