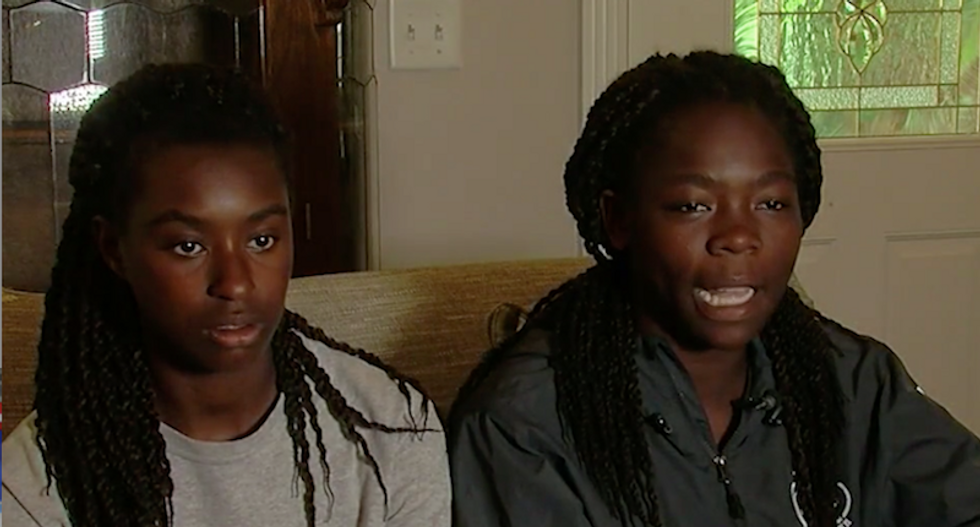 "I didn’t know what to do. I was so shocked. I was so confused," said Emmie Woodward, Sky View High School senior, who was adopted by her white parents when she was seven. Her sister Darcy was adopted at birth.

"Skin color has never mattered. It’s never been anything that I’ve focused on," said Darcy.

"It was probably 10 minutes into the first half when I heard a guy say, 'Black lives don't matter,'" said Emmie. "I was so hurt because I never thought people would say something like that to me."

Their parents are furious that no one intervened to stop the heckling.

"There are two aspects to this whole thing. One is with what the students were doing. But the second is what the adults were NOT doing," said Kate. "This is bullying. This is abuse and parents need to step up and teach their kids that this is not acceptable in a high school situation or a sports situation."

It's not clear what motivated the hecklers to spew racist slurs at the two high school girls. The school has said they are launching an investigation.