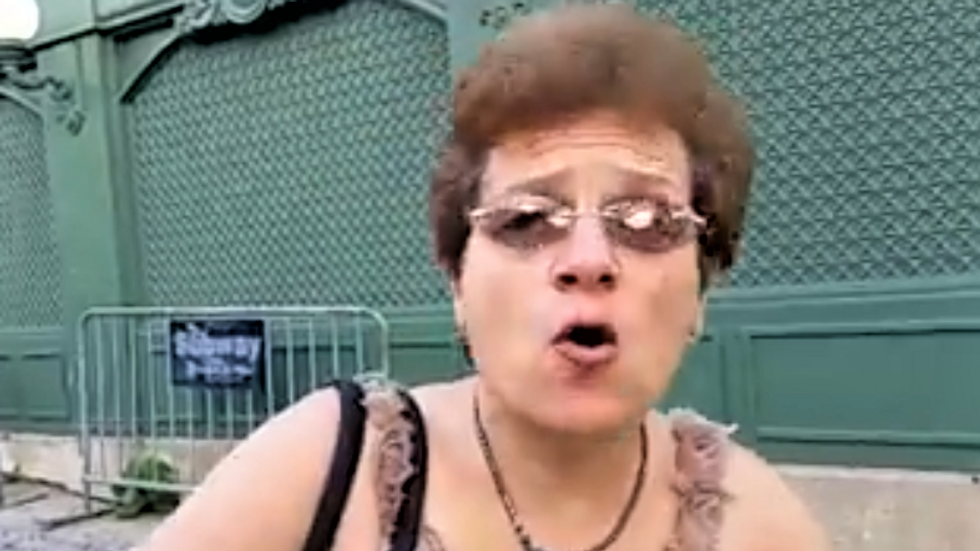 New York state Sen. Jesse Hamilton this week said that he had the cops called on him by a Trump supporter who was upset about the campaign literature he was passing out to voters.

The New York Daily News reports that the woman, who has a heavy European accent, first grew upset with Hamilton because he was supposedly taking too soft of a stance on immigration.

After berating Hamilton, she then called 911 and asked the police to do something about him -- but when police arrived on the scene, they very quickly concluded that absolutely no action needed to be taken to stop the state senator from talking with voters.

In a video posted on Hamilton's Facebook page, the woman identifies herself as a Trump supporter and reacts angrily to a Hamilton campaign flier in which he pledges to "fight back [against] Trump."

"This is should not be here," the woman says in the video while pointing at the flier. "If they really want nation be as one and fight for a better life and live in a better life, you wouldn’t put this here."

Watch the video, which was filmed by Hamilton staffer Raul Rothblatt, below.