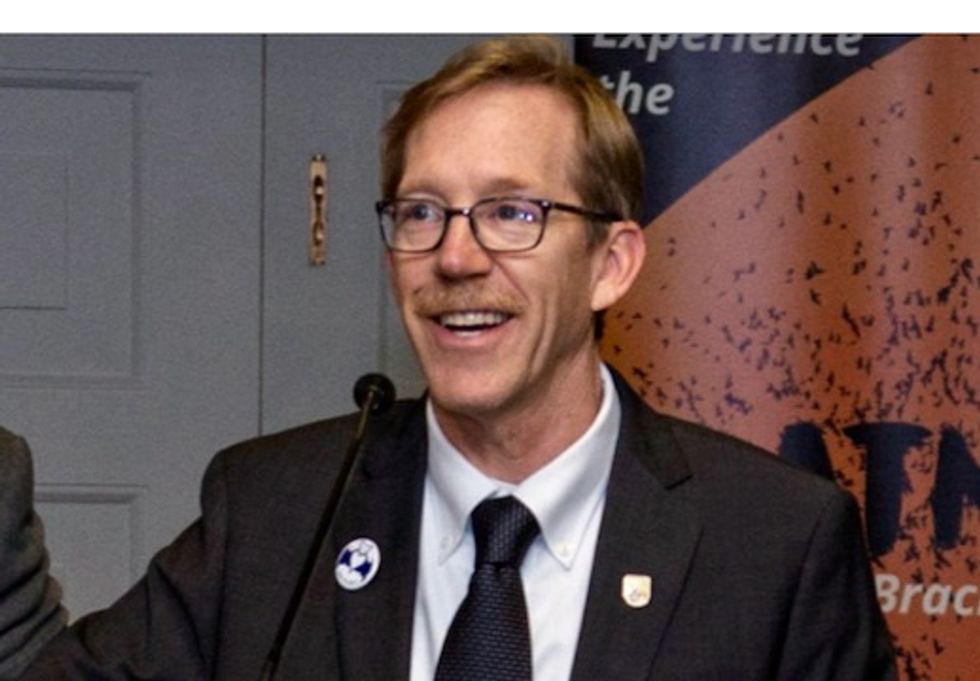 Image by U.S. Fish and Wildlife Service via Flickr and a CC license

Last June Secretary of the Interior Ryan Zinke created a position for Greg Sheehan, who was serving as the Director of the State of Utah's Wildlife Service. Brought in as the Principal Deputy Director of the U.S. Fish and Wildlife Service, as of Thursday, as The Hillreports, Sheehan has resigned as the acting head of the federal agency.

A member of the pro-hunting group Safari Club International, Sheehan is seen as the "driving force" behind the Trump administration's decisions to remove protected animals from the Endangered Species list, and to allow elephant trophy imports.

He also is responsible for dismantling Obama-era environmental protections that banned the use of certain pesticides in National Wildlife Refuges. Those pesticides "contribute to killing wild bees and other pollinating insects crucial to the refuge ecosystem," according to the Independent.

In a statement explaining why the U.S. Fish and Wildlife Service decided to allow the use of dangerous pesticides in some 50 wildlife refuges, Sheehan had cited the needs of hunters who shoot geese and ducks.

During Sheehan's decision making process to roll back the bans on importing so called "big game" trophies, including those of African lions and elephants, the senior attorney at the Center for Biological Diversity noted an unusually close partnership between Sheehan and hunting groups.

In a letter Sheehan bragged about his time at the U.S. Fish and Wildlife Service, saying he was proud of "opening more than 380,000 acres of our Refuge System to new hunting, fishing, and other recreational uses."

Sheehan reportedly resigned to spend more time with his family.