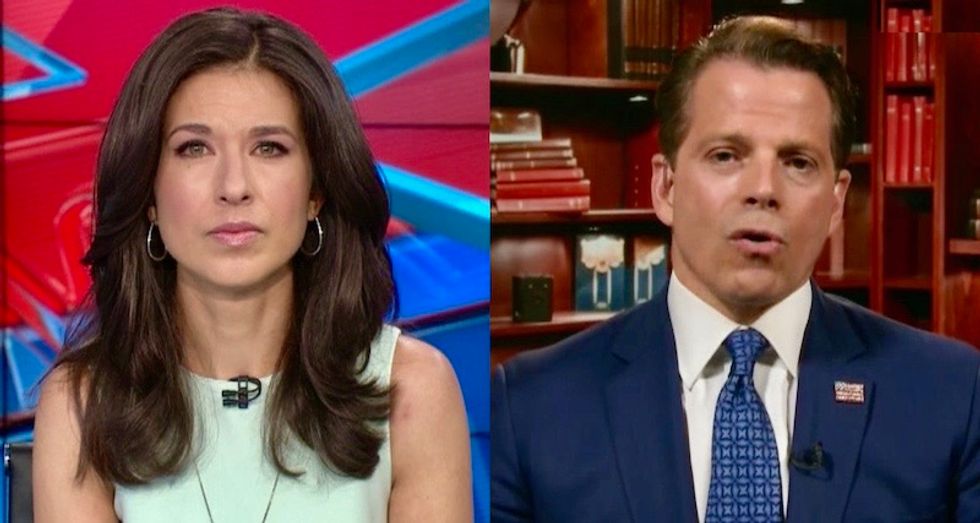 Former Trump aide Anthony Scaramucci appeared on CNN with Ana Cabrera on Saturday to discuss Donald Trump's state of mind after a brutal week in which several of his senior aides and early supporters ran into serious legal trouble.

"It's an emotionally tolling week for the president because these are very close friends or, in the case of the CFO [Allen Weisselberg, had also worked for his dad," Scaramucci said.

Cabrera pointed out that while Trump values loyalty to himself, he doesn't return the favor. She pointed to the way Trump dismissed former aide George Papadopoulos as a "coffee boy" after he was busted.

Is this why so many people are starting to turn, because they see the president isn't going to have their backs?" Cabrera asked.

Scaramucci said that is just politics. In Washington, "people get sliced and diced much more quickly," he said.

Scaramucci bemoaned the fact that Trump has distanced himself from former fixer Michael Cohen, who he is also close with.

Scaramucci said that Trump is not handling things well by raging on Twitter.

"If you get on the wrong side of the president he'll light you up on Twitter, he'll light you up to his friends," Scaramucci said. "He may want to rethink that because I don't know if that's necessarily helping him.... attack politics is clearly not working."