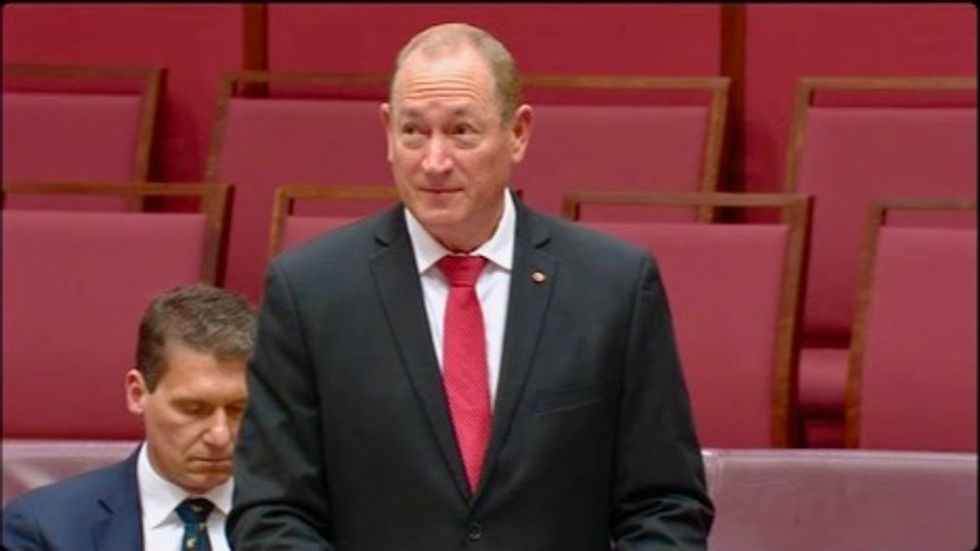 Australian Prime Minister Malcolm Turnbull and all major political parties on Wednesday condemned a speech by a minor senator who used the term “final solution” in calling for a revival of a “White Australia” restrictive immigration policy.

In one of the most divisive speeches seen in parliament since 1996 when far-right politician Pauline Hanson declared incorrectly that Australia was being swamped by Asians, Senator Fraser Anning on Tuesday called for a national vote on whether to ban Muslim migration.

Anning said Muslims were responsible for acts of terror and crime and were dependant on welfare. Muslims account for less than three percent of Australia’s population, census data shows.

Amid national outrage Turnbull, who will head to the polls within nine months, quickly condemned Anning.

“We reject, we condemn racism in any form, and the remarks by Senator Anning are justly condemned and rejected by us all,” Turnbull told Australia’s parliament.

Opposition Labor party leader Bill Shorten told parliament on Wednesday: “You have to be pretty outrageous to be condemned by everybody in the Australian parliament, but Senator Anning has managed to do just this”.

Australians will return to the polls by May 2019, and recent polls show the majority of the electorate back multiculturalism, but far-right politicians are expected to pose a challenge to the mainstream parties.

“Turnbull can and must bat this away,” said Haydon Manning, a political science professor at Flinders University in South Australia.

Anning, who has been in parliament for less than a year has entered into a lose alliance with several conservative independent lawmakers that has boosted his otherwise inconsequential role in Australia’s upper house.

Anning split from Hanson’s One Nation party shortly after being sworn in, though his speech had many of the hallmarks of his former leader who has called for cuts to Asian and Muslim immigration.

“The final solution to the immigration problem, of course, is a popular vote,” Anning told parliament in his maiden speech.

The Final Solution or the Final Solution to the Jewish Question was a Nazi plan for the genocide or extermination of the Jews during World War Two. Anning has since said he did not know the history of the phrase.

Hanson joined the condemnation, telling the Senate she was appalled by Anning’s speech.

“We are a multi-racial society and I have always advocated you do not have to be white to be Australian,” she said.

Under what was commonly called a “White Australia” policy Australia restricted non-European immigration from 1901 until the late 1960s using various laws.